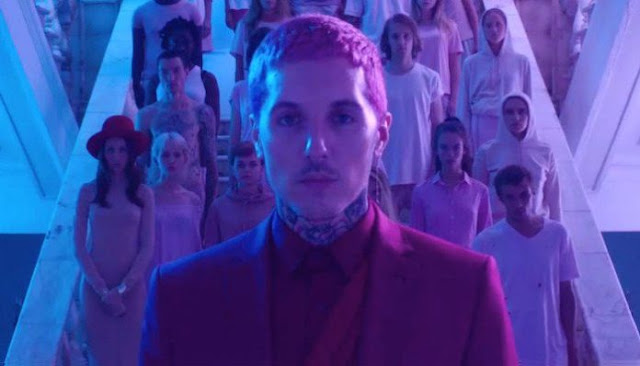 If there are any downsides to becoming an incredibly famous band, one has to be the fact that there just isn't enough space in a setlist for every fans favourite song.

Fan bases can be complicated things. I mean there's no doubt these people love these bands, but often they can be found complaining about the direction they've taken with a certain album or bemoan the lack of live outings for some of their tracks.

Just pop onto Reddit and visit any bands particular subreddit, and you'll see countless examples of this. It's all because these people care...perhaps a little too much.

Anyway, it turns out bands do hear this criticism, and recently this has translated into a number of acts including a "medley" into their setlists. These act as an opportunity for the band to air tracks which otherwise would have missed out on the limelight.

Now there's a differing of opinion on these medley's, because of course there is. Some say that its the best thing since sliced bread, others say its a cop out, and the bands should just play the damn songs in full.

I, am in the pro-camp for these medley's because lets face it...the songs included in these are ones bands are probably tired of playing, and a medley is a good way of shaking them up a bit!

Here are four examples of such medleys which have caught my eye recently.

"Mosh. Like it's 2008". The perfect summary to this medley of four tracks which showcase the impressive/brutal elasticity of frontman Oli Sykes. It's no secret that the Sheffield rock outfit have outgrown a lot of their older material, but this throwback proved that not only do the band have the ability to perform these tracks still, but they're more than happy to get them out once in a blue moon.

This is a must watch for anyone who likes things a bit heavy.

The longest medley of the lot, and one which has only just surfaced (hence the lack of official footage). This more than any other, is a medley which was created out of fan demand. Muse have an incredibly loyal fanbase who have stuck around for a long time.

With their recent releases leaning more towards pop territory, the rock fans in the group wanted a bit more metal included in their upcoming setlists. Well, ask and you shall receive! 15 minutes of pure riffage.

This medley is still a little bit loose, and will no doubt be tightened up and switched around a bit in the forthcoming months, but its still well worth a watch!

Enter Shikari - Sorry You're Not A Winner/Sssnakepit/...Meltdown/The Jester

Enter Shikari have been mashing up tracks and including interesting transitions for years now, but the recent inclusion of "The Quickfire Round" was a step further for the band. Five albums in, it was obviously proving difficult for the St Albans four piece to slash songs from the set, so four songs in nine minutes was quite a nice compromise.

The result is effective and in keeping with the bands frenetic fast paced on stage antics. Very happy to see Meltdown make a return as well. Great track.


Here we have the shortest and, for my money, the most surprising medley on the list. Panic! At The Disco have hit astronomical success with their latest releases, so dedicating any time at all in their live sets to older material seems somewhat counter intuitive. However, I give full props to the band for throwing it back to their emo beginnings because it's good stuff.

Granted, they only do three tracks, and it's only four minutes long, but nevertheless it's a four minutes which old school fans will forever appreciate. Time to grow that fringe again.