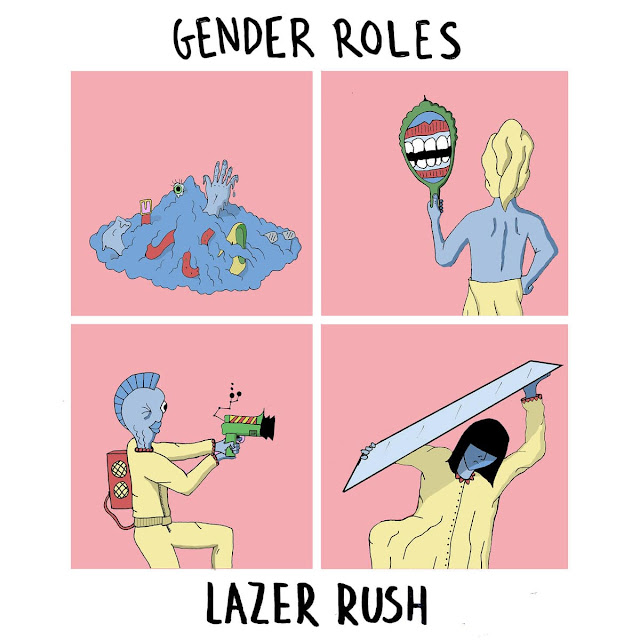 Uh oh, you know what that sound means! It's time to introduce you to your new favourite band!

Gender Roles are a three piece band from Brighton who are making a bit of a stir in the UK rock scene. Having released two EPs so far, including the excellent Lazer Rush, the band are very much still in the beginnings of their career, but from what they've released so far, this is not a trio to sleep on.

With a sound entrenched in indie sensibilities whilst maintaining a punk attitude, Gender Roles are ideal for a house party playlist. Stick these guys tracks on amongst your indie disco favourites and they won't sound out of place.

About Her is a pop rock gem with a hook so contagious it should came with a health warning and Plastic is a garage rock anthem which will be polluting underground clubs for years to come.

So where can you catch these guys?

Well, they're set to tour the UK in support of Dinosaur Pile Up in November at the dates below, and then hopefully some new tunes later this year or in 2019.