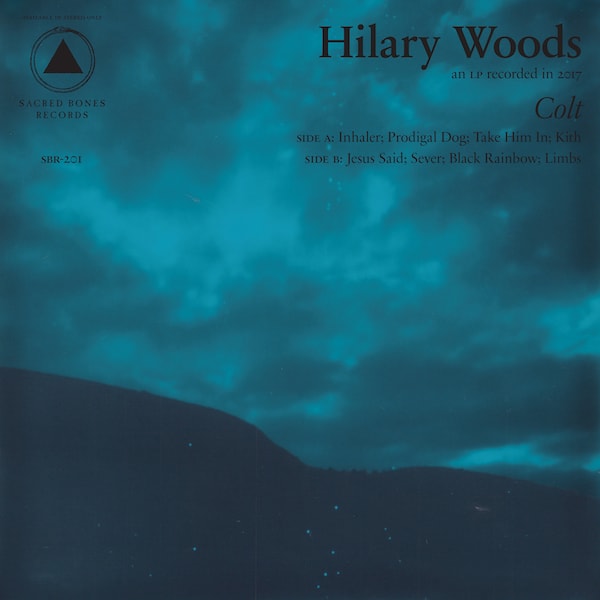 Time for some music to enjoy in the twilight hours.

Hilary Woods is an artist from Dublin who creates minimalist compositions, layering atmospheric instrumentation and dreamlike vocals to create music rich with both delicacy and intensity.

Her debut album Colt is out now and the first track released of it is entitled Inhaler, a song which draws upon the emotions of separation...

"It's a response to a relenting absence that was constantly present, Inhaler is a song about homesickness, longing; an attempt to find new ways of being in the wake of separation. I directed the video and worked with friends: cinematographer and long-time collaborator Joshua Wright, and dancer/ choreographer Justine Cooper."

It's a beautiful piece of music and one of a number of tracks from her debut which had me lost in a realm-shifting haze.


Hilary was kind enough to answer a few questions for me! Now. In hindsight, these questions weren't all that appropriate for a musicianship with such thoughtful grace. But alas, the introducing questionnaire holds no prisoners, and thus hear we are, beautiful music and a slightly jarring Q&A...who would have it any other way?

Sybille Baier ‘The Colour Green’, Van Morrison ‘Astral Weeks’, Low ‘Things we lost in the fire’, The Haxan Cloak “Excavation” too many to choose from.

Any middle of the road choosing.

7. Obvious musical skills aside, do you have any secret talents?

Grew up without a tv, imaginatively it might have been ‘The Wonder Years’