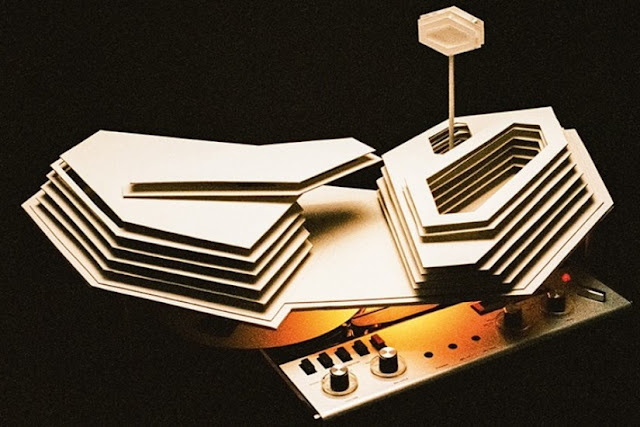 The mind is a funny thing, isn’t it? It’s said that your only limitations on this earth are the limitations you put on your mind, ergo a person with creative juices flowing out of here there and everywhere, and with a healthy serving of ambition can take things wherever they want.

This goes some way to explaining how Alex Turner has taken the Arctic Monkeys to the moon on their latest record Tranquility Base Hotel & Casino. Detailing the characters, locations and general vibe of the lunar hospitality complex, Turner invites the listener to bask in a world, which musically, is worlds away from any of their previous releases.

Imagine yourself in New York, it’s the 1950’s and you find yourself in a jazz club. You order yourself a drink, a short would fit this scenario nicely, perhaps a gin and tonic, or a Whiskey on the rocks? You glance across the club whilst waiting for the barman and notice the next band setting up.

A myriad of synthesizers and electric guitars litter the stage. The front man, sporting a brown suit, suspicious goatee and rimmed sunglasses walks over to the microphone and as the music kicks in utters the words “I just wanted to be one of The Strokes”.

Okay, so that’s where everything falls to bits because The Strokes didn’t exist yet, but you get the idea. This is luscious down tempo rock n roll, taking its marks from Leonard Cohen, The Beach Boys, Dion and others of their like.


The aforementioned lyric comes courtesy of opener Star Treatment, which sets the tone for the album nicely, both in its musical sensibilities and its lyrical direction, which is a mix of sci-fi references, autobiographical admissions and mesmerising word play. Turner really is on top form here.

One Point Perspective and American Sports are both early highlights, with the self-titled track Tranquility Base Hotel & Casino rounding off probably the strongest string of tracks on the album.

However its not until side two before we get this albums magnum opus. Four out of Five somehow makes a hit song based on the confusing theme of building a taqueria on the roof of a lunar complex called the “Information Action Relay”. It’s bewilderingly brilliant stuff, and by the end of the track you feel like saying “I’ll have what he’s on”.

She Looks Like Fun falls just short of Four out of Five’s brilliance, but still contains some of the best lyrics on the album...

I'm so full of shite,
I need to spend less time stood around in bars,
Waffling on to strangers all about martial arts,
And how much I respect them

To round the whole thing off we have The Ultracheese, which takes AM track Number One Party Anthems vibe and dares to push things to their ultimate conclusion, a ballad with a melody sounding like it was taken straight from Les Miserables. It’s daring, but after Turners previous exploits with side project The Last Shadow Puppets, I suppose we shouldn’t be so surprised to hear a muted guitar solo and a full on Sheffield croon.

And thus concludes our stay at the Tranquility Base Hotel & Casino, a place, which much like a spa loyalty card, rewards repeat visits, and with the array of musical splendour on display here, who wouldn’t want to come back?

Now, where did I put that gin?