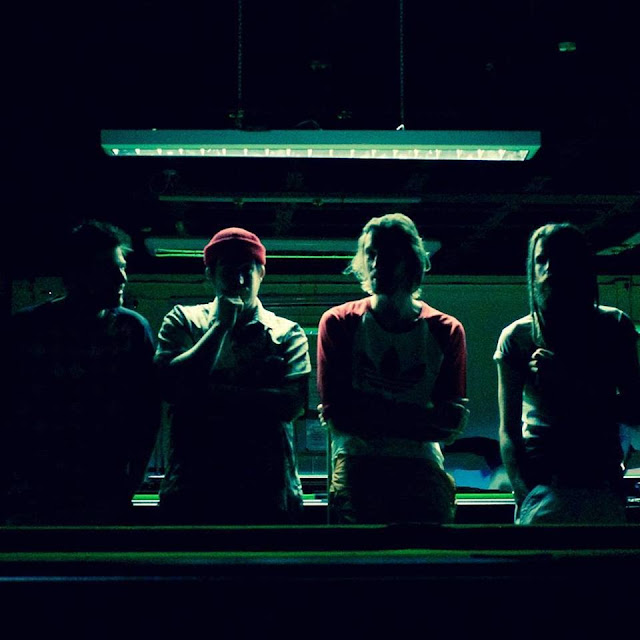 Remember when you were a kid and you'd head down to the local football pitch to have a kick around, only to find that some ruffians had left a load of cans and bottles spread across the place. The scattered remanence of the previous nights debauchery.

It turns out that the people responsible for this were none over than Brighton based stoner-rock outfit Intechnicolour. We should have known.

For new single Shaker, the band have decided to release footage of these events and they're as ridiculous and alcohol fuelled as previously feared. Featuring mad outfits, larger than life characters and tongues shoved so far into cheeks that their very well might be permanent damage, this is very much a follow up to their similarly mad 70's inspired video for first single Doomer.

It will come as no surprise to hear that track itself is also bit of a beast and only amplifies the videos proceedings. Full of sludgy distortion, it creates a thick and cloudy atmosphere for the listener and climaxes with a heavier than hell riff which may very well bring the walls around you crumbling.

You can take a look at the video below, and remember, drink and drugs aren't cool mmkay. Won't somebody please think of the children.