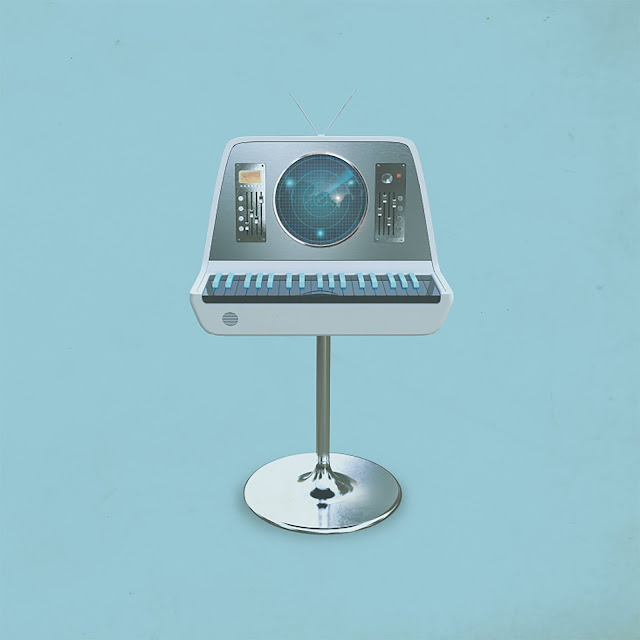 It's no secret that I'm a big Enter Shikari fan. I'm pretty sure I've banged on about them in this blog almost as much as another band. So when I heard the news that the lads from St Albans had been working on a sound much different from their previous output, I was on edge.

Well not quite. The thing about one liners like that is, there's so many of them. So many, that more often than not, there's one to fit almost every opposing viewpoint.

For example, "nothing ventured, nothing gained" or "fortune favours the brave". Not only are these sayings just as legitimate as the first, these ones are used by the army, so win by decision.

As it turns out, I needn't have worried. The Spark is great.

It is however different, and whilst I hesitate to say (like some) that they've gone pop, they have definitely mixed up things in terms of song writing and production. But in return, it's produced a rich tapestry of results.

From the opening salvo of The Sights, the distortion is turned down and Rory C's guitars are given a cleaner tone, the emphasis more on the chord progression rather than on the choice of fuzz pedal he's decided to treat us to this time round. It's also clear that melody was very high on the list of priorities for this album, which brings us to the second track.

Live Outside is up there as one of the best songs this band has ever done. That chorus. The beauty of it is they know it's good, so they just keep playing it over and over. I remember an interview with White Lies a while back when they were releasing their single Bigger Than Us, they said that the chorus was so big, they felt it would be a waste not to include it four times. Enter Shikari obviously had a similar epiphany with this tune, and I'm glad they did.

And it's not long before we get our next hit of pure uncut melody, courtesy of Airfield. A delicate piano number which eventually builds into an anthem so massive I'm not sure there's a venue big enough to hold it. It's also home to one of the albums best lyrical performances, delivered beautifully by Rou Reynolds.

"When the winds against you, remember this insight, that's the optimal condition for birds to take flight."

There's plenty of head banging moments on the album as well, Take My Country Back is a furious blast of post-brexit aggression whilst the grime inspired Rabble Rouser is a track that only Enter Shikari could make. Brilliantly bonkers.

Elsewhere Shinrin-yoku morphs from tropical house, to breakbeat, to thumping rock all in the space of four-ish minutes, whilst the synth-laden Undercover Agents is a brave step into the linear for a band famous for their mad scientist approach to song writing. It has the courage of it's convictions to stay the course in terms of atmosphere, whilst also managing to creep in a number of interesting left turns to ensure it isn't your stand "pop tune".

The album concludes with the jaunty Revolt of the Atoms which comes out of nowhere to deliver a knees up sci-fi ho down, before finale An Ode to Lost Jigsaw Pieces gets us all emotional sending us off in a hail of brass and white noise.

It's a real journey listening to The Spark. The album is a mish-mash of Shikari's patented abrasive rock stylings with some added alternative pop moments sprinkled across its run time like a welcome parmesan.

You won't find songs like this from any other band, Enter Shikari have a certain formula to how they do things. When word came from some that this album was more "poppy" than the last, it was almost a redundant statement because this band operate on a different level.

Softer melodies and extended ideas are present, but in a format which will have rock and pop fans alike appreciating the craft behind these nine tracks. Besides, in the grand scheme of things does it really matter if a band goes slightly of course? After all in the words of Mr Reynolds himself "we are the dust on the stain glass windows, trying to comprehend the cathedral".