Album Review: Death From Above - Outrage! Is Now 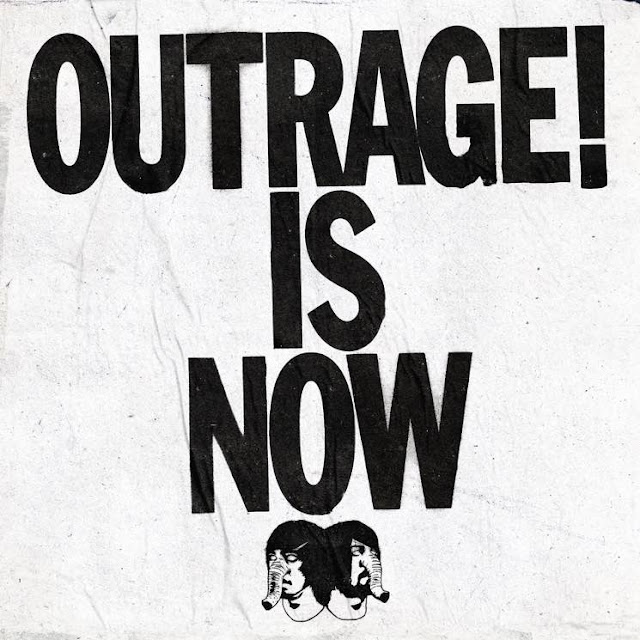 One of the joys about running a blog with no expectation of monetary reward in return, is that you can post things when you want. For example, instead of writing a review about an album within the first 24 hours of release, and basing all your opinions on the first few listens, you can take your time and really live with a record before putting pen to paper (or keyboard to word processor).

The positives about this are obvious: you can actually give an honest, fully informed account of the record in question. With that said, Death From Above's latest album Outrage! Is Now is one of the best of the year.

Having rejoined the alternate rock roster back in 2014 with the release of The Physical World, the death disco duo from Toronto have been some what quiet for the past 12 months, and with the gap between their first and second records being 10 years, no one was really sure when we were going to hear some new music from them.

So when Freeze Me was dropped suddenly with a full album trailed to follow just three weeks later, many a rock fan couldn't quite believe their luck. And what a way to introduce a record! Freeze Me begins with an EDM laced synth hook before exploding into a crescendo of drum and bass aggression. It also features a breakdown which will have long term fans salivating at the prospect of experiencing it live.

Whilst Freeze Me assured that new soundscapes would indeed appear on the album, it also gave a nod  to some of the old school DFA1979 flare which had us fall in love with the band originally back in 2004. Opener Nomad does what many a track on this album does, deliver a blend of both vintage and fresh DFA1979 goodness.

A guaranteed mosh pit starter, it manages to be both crushingly heavy and anthemic at the same time. An arena rock belter, and not a "WOAH OH-OH" in sight.

Elsewhere, the We Will Rock You drum beat of Never Swim Alone drives a jagged alt-rock jam punctuated wth lyrics yearning for another wave of resistance to arrive from youth culture. "There's gotta be another one coming, another generation, ready for the revolution, or a change of station".

Title track Outrage! Is Now bemoans the prominence of outrage culture in todays society, with the help of some Kraftwerk-esque synth and off kilter percussion, whilst Moonlight delivers some deliciously distorted chaos which culminates in an industrial scratch interlude, one which Trent Reznor would surely be proud of.

It's the pop melodies which really propel this album into the stratosphere however, and they are no more prominent than in the ear worm All I C Is U And Me, an indie dance-floor filler that should be the first name on the team sheet when it comes to selecting songs to perform live.

And if that wasn't enough melody for you, the album closes with the tour de force that is Holy Books, a track bemoaning the lack of hooks in ancient texts all the whilst delivering one hell of a hook itself. A full frontal attack, it gives the listener a pretty piano respite before launching into one final flurry until signing off for good.

This s an album I have kept coming back to over and over. It's pretty much wall to wall quality, and even if you're not feeling a particular song, it doesn't matter because there's another banger just around the corner.

Sebastien and Jesse are returning to the UK in March in Support of At The Drive-In, a great bill i'm sure you'll agree...but after witnessing the strength of this record, one can't help but feel that perhaps Death From Above should be main eventing.