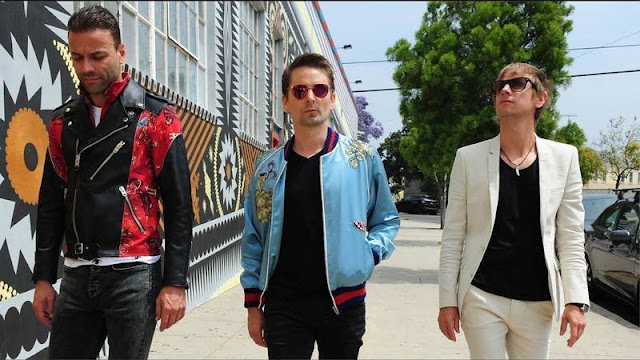 The news that Muse (no rhyme intended) were playing a very special by request show at London's Shepherds Bush Empire in support of the charity The Passage on Saturday August 19, had many a Muse fan boy excited. Unfortunately, there were very limited tickets available and I missed out. Boohoo.

The show did however spark an idea for a new series of blogs.

It's a self explanatory series really, I pick a band and, following a few carefully selected rules (to keep things interesting), I craft a definitive setlist that if performed live, would cause the audience in attendance to collapse through sheer shock and awe.

It only seems right that we kick things off with Muse. But before we get to the set, let's take a look at what constitutes as a definitive setlist and the rules in creating one.

- This is not a greatest hits set. So popular songs can be dropped if you can justify it.

- The setlist must include a track from each album released. This includes b-side collections, but does not include EPs or country exclusive releases.

- Speaking of b-sides, the setlist must include at least one b-side or rarity. Because no legendary setlist consisted of just your standard fare.

- The setlist must not exceed 90 minutes. It's not a lot of time, some would say not enough, but I disagree. Always leave them wanting more.

- As ever, it's my personal opinion, so if you disagree...DO YOUR OWN BLOODY LIST.

Anyway, without further ado, allow me to reveal...

- Time is Running Out
- Stockholm Syndrome
- Knights of Cydonia

- This is a setlist that finds Muse on the heavier side of their musical repetoire for the most part. There's enough pop hooks to keep everyone happy, but it features an awful lot of riffage. Which is a good thing in my eyes.

- No Hysteria. That was a pretty painful decision to make, but as it's a regular in most of their sets...I thought it could be sacrificed this time around.

- No Bliss either. But there's enough Origin of Symmetry goodness to make up for that.

- The Groove and Fury are the two of the best tracks written since the turn of the millennium, and the fact that they're both b-sides boggles my mind even today.

- Only one track from The 2nd Law. I liked that album, so it's not a slight, just a testament to the strength of the rest of their catalogue. Save Me was close to making the cut, as was Animals.

- Take a Bow and Knights of Cydonia are for my money still the best opening and closing tracks Muse have come up with. Lots of pomposity, ridiculousness and aggression.

- Shine (Acoustic) is incredible and it's a crime it's not played more.

- Muscle Museum and Sunburn still stand up today, and would most likely be highlights.

So what do you think, not enough hit singles? Not enough rarities? Or just right?

Let me know and send across your own definitive hit list for comparison. We'll see what the lads pull out the bag August 19th.