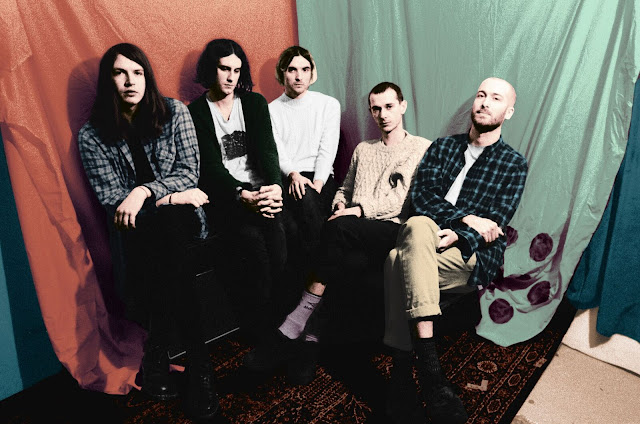 In need of music to get lost in this week? Look no further than than the ethereal grunge of London based Ulrika Spacek. The band are on the brink of releasing their sophomore effort Modern English Decoration and have just released their latest video for single Full of Men.

It's a song with a deep meaning and a pretty interesting video concept which the guys explain below...

"This song is a swipe at masculinity and we were going to make a video quite literally full of men but we didn't want to make something too obvious so ended up flipping the idea to play on the traditional female/housewife gender role in the setting of a cookery show, cutting up quite phallic things whilst under the male gaze of a camera man."

The band were kind enough to answer the now infamous introducing questionnaire and gave us some insight into their musical heritage, listening habits and just a touch of philosophy. You can read the bands answers below.


That forever changes. For now, it's Slint - Spiderland. The atmosphere of that record is amazing.

Hard to say least favourite. Some albums suddenly make sense when you listen to them at a different time in your life. Without doubt, there are many awful albums.

Few of us went to a comprehensive school that had extra arts funding. There was a music room with a drum kit and amps. We were lucky in that from the moment we really started getting into music, we were able to start making it.

We mentioned Aquila the other day, we all loved the Simpsons.

Something that directly helps someone else. Sometimes I wonder whether making music is just an individualist form of escapism. Hiding from the world rather than confronting it. But when you put out a record you are contributing in some form. Making things is really important to us.