At The Drive-In: Top Five Tracks 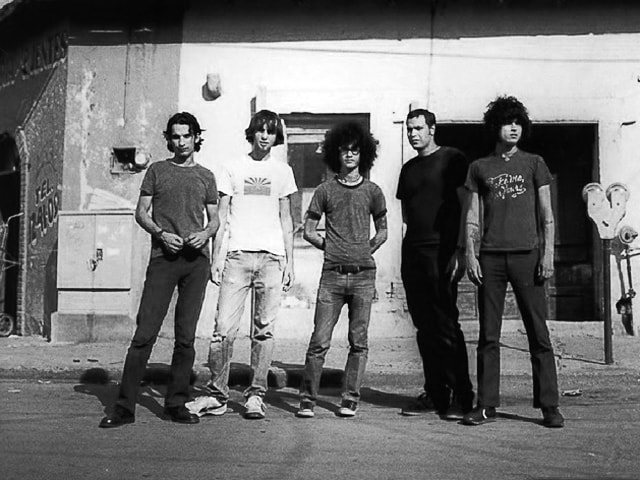 At The Drive-In are back with new album Inter Alia which has emerged 17 years after the seminal Relationship of Command. At this point comparing it to their back catalogue which I've lived with for so long would be unfair, so I've decided to not even attempt to review it because...it needs time to breathe.

What I can say however, is that the new release has rekindled my love for one of the most important bands I've had the pleasure of listening to. If you don't like this band, it's almost certain that our music tastes are going to clash violently, because the energy, artistic flare and aggression installed in every single piece of ATDI's music has been seminal to my musical upbringing.

Because I like a bit of a challenge, I decided to sit down and try and select my personal top five tracks ever created by this band. It was difficult. Especially because Relationship of Command IS one of the greatest albums of all time. No question.

Despite this fact, I managed to carve just five tracks from their marvellous back catalogue to present to you all. By no means definitive. Enjoy!

Fun fact: I've actually been blocked by this band on Twitter. I think for being an annoying fan boy around ten years ago. If you do happen to read this lads, how about unblocking me? kthxbi.

It's THE song that everyone knows. There's a reason for that too. It's a bloody good song. Vicious, jagged riffs, punctuated with Cedric Bixler Zavala's vocal stabs of cryptic poetry before it crashes into a chorus punctuated with Jim Ward's screams of GET AWAY. Perfect.

Melody has to be taken with a pinch of salt when referring to At The Drive-In. Whilst there's no doubt this band no how to craft a hummable tune, they often bury it underneath layers of absurdity and angst. For Lopsided however, the melodic guitar lines of Omar Rodriguez-Lopez are allowed to breathe freely and fill this track with a carefree - almost danceable vibe - promoting swaying and groove as opposed to moshing and spite.

Moshing and spite here, as opposed to swaying and groove, Cosmonaut is one of the most brutal hardcore songs ever captured to tape. Yes, there are heavier tracks and yes there are faster tracks, but there has never been a song delivered with so much passion and intent than this. You can almost feel the emotion bleeding through the speakers when you stick this on.


Not so controlled chaos is the only way to describe one of the more abstract cuts off Relationship of Command. Like a mad scientist at a catastrophe convention, the El Paso five piece threw everything including the kitchen sink at this track, even recruiting Iggy Pop for guest vocals on the chorus. Abstract in lyricism and musicality, Rolodex Propaganda kicks into gear and dares you to hold on, and only the strongest will survive. Fortune favours the brave and to the victor go the spoils, make it through it's running time and you'll be itching to take another ride around.

In many ways Invalid Litter Dept. is At The Drive-In's piece la resistance, a masterpiece of showcasing every side of what this band is capable of. Unique lyrics? Check. Controversial subject matter? Check? Non-con-formative song structure? Check.

This track packs the entire arsenal and empties the bag of tricks into its six minute run time, finding time to transform from a meandering foggy riff into full on alt tock destruction. The build is paced beautifully and that breakdown...oh the breakdown. It will have you headbanging as if you had never heard of neck surgery, and jumping up and down as if you were raised in the deep bush of Australia.

And dancing as if on the corpses ashes...obviously.