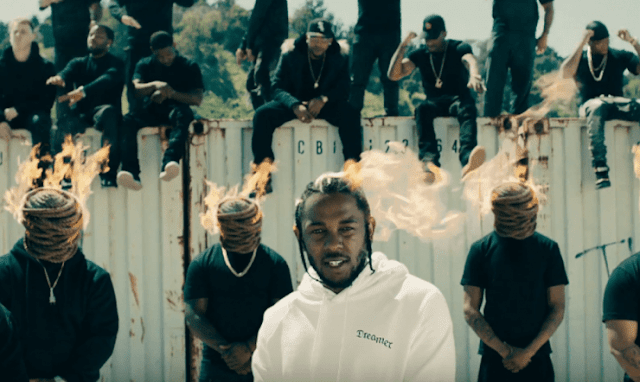 If you're not a fan of Kendrick Lamar already, his new track which was released last Thursday might just tip the balance for you. HUMBLE. is a no nonsense straight up hit. With a hypnotic piano riff playing through out, it's aggressive and to the point.

Whilst stepping away from the live instrumentation of To Pimp a Butterfly, it manages to maintain that grandiose feel, despite treading on a more mainstream grounding.

Lyrically, it's up to his high standards, seemingly shouting down the loud mouths and show offs of the world, he asks them to "sit down, be humble". He also does his bit for the ladies expressing his distaste for the photoshop culture dominating the media nowadays. Which is nice, even if the way he does it is a little crude.

After declaring himself the greatest rapper alive on The Heart Part IV, he pretty much solidifies the claim with this track. And let's not forget to mention the video, which has got critics pawning over its art direction. He appears as "The Young Pope" sets fire to his hair and shows off his golf swing...all in one video!

If nothing else, that's worth a viewing. You can take a look at the video below.