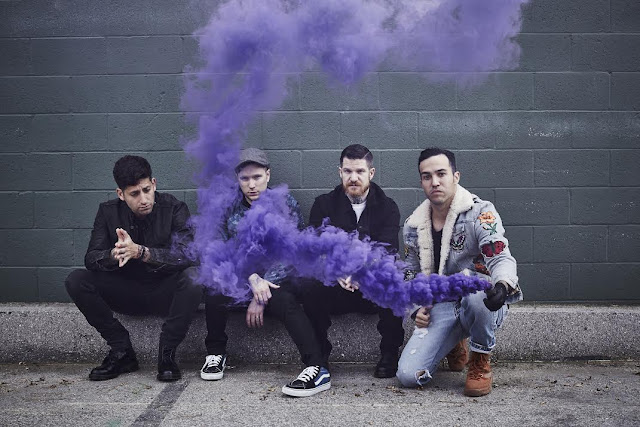 There has been a recent spate of former "emo" bands coming back and releasing bonafide pop bangers. Panic! At The Disco did it last year, last week we had Paramore come back with quite possible the best song they've ever written in Hard Times...


...and now Fall Out Boy are back with a slice of EDM spiked madness.

Young And Menace is the sound of Fall Out Boy on LSD. With production values straight out the OWSLA school of DJing, it's a track which doesn't pull any punches and is a completely new take on the bands sound.

I've written before about changes in a bands direction and how this can be problematic at times, but for Fall Out Boy it doesn't seem forced, if anything it feels like natural progression. After all, they've always been a pop band at heart.

The message behind the track itself is nice as well. Here's Pete Wentz's explanation of it all...

“There’s a lyric in the song, ‘trying to send the world a message, I was young and a menace,’ that reminded me of growing up in the suburbs of Chicago. I didn't look like anyone there or feel like anyone – I felt like an outsider in my own town. It wasn't until I discovered punk rock and that community that I realised I did fit in somewhere in this word – with the other people who didn't fit in.”

Young and Menace is the first taste of new music off the band’s forthcoming seventh studio album M A N I A, out September 15th on Virgin EMI UK/DCD2 Records.

You can listen to the track below. Electro nonsense, or EDM inspired brilliance. You decide!