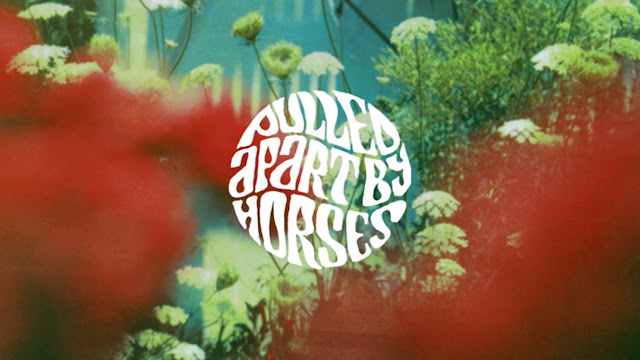 "We wanted to get back to the spontaneity of the first record, to just hang out and have fun and see what happened."

Three years on and with a new drummer in tow, Leeds rockers Pulled Apart By Horses have released their fourth record entitled The Haze. With the ambition of re-discovering the spontaneity of their first record, as well as pushing themselves in new directions, it's an exciting time in the bands career.

As it turns out, The Haze is the logical next step in this bands progression. With the release of Blood, PABH had found a happy home in the world of rhythm, slowing down the non stop frenetic tempo of their first two releases, and introducing some groove to proceedings. It gave the band a new lease of life, they became PABH 2.0 if you will.

If Blood was about re-invention, The Haze is about progression. The band have struck a bridge between the break neck antics of Some Mothers and the rock n roll vibes of Medium Rare. The result, is a superior album than the last, which adds twelve solid tracks to the bands ever increasing repetoire.


Title track The Haze sets its intentions out from the get go. With thick guitars and a riff that will have hardened rockers nodding in appreciation, it combines the rough with the smooth to great effect. Next up is The Big What If which uses the same formula (but with the addition of a bigger chorus) and instantly relieves any worries that this album was not going to stack up.

Hotel Motivation shows what you can do with groove at a faster tempo, whilst Lamping highlights that...wait a minute? Can this band actually slow things down? Don't get me wrong, it's certainly not a ballad but it'll be enough to give gig goers a breather during their next live outing.

Elsewhere on the album there's more high speed groove (Flash Lads) as well as some dark moments (Evil Twin) that encapsulate nicely what PABH have to offer in 2017. Gone are the self-titled days of non-sensical song structures, and tracks about high fiving (which is a shame to be fair) but in it's place stand a band with attitude and serious ambition.

The Haze is available to purchase now.