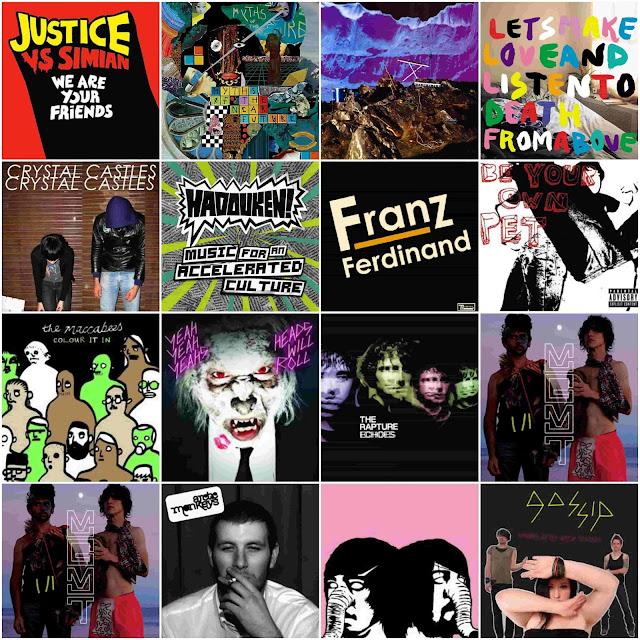 Last week a selection of indie disco tunes came on whilst preparing for a night out. And you know what? It sounded great.

Indie disco is one of life's great pleasures, and finding a venue that puts on a good "alternative night" should be cherished. It's a chance to enjoy all the benefits of the club scene (if there are any) with the added benefit of an incredible soundtrack to accompany it all.

Anyway, after reminiscing about some of the great indie nights I've been to, shout out to Sumo in Sunderland, I decided to put together...

Now before I share it with you, the playlist abides by a few rules which should explain the thought process behind the masterpiece.

1. An artist can only have one song featured on the playlist (excluding features and remixes).

This was a tricky one, because several artists have more than one absolute classic indie disco banger. But no one ever said it was easy, to quote Coldplay...who you will absolutely not find in this playlist. BECAUSE.

2. Artists who have since become arena/stadium giants are to be avoided, UNLESS they pass the banger/popularity bracket.

It's a complex system...and I won't go into it too much, but in short, the more popular an artist is, the bigger the banger has to be for it be included. But it's so much more complicated than that. Trust me.

Simple rule really. That's not to say that there aren't bigger better indie tunes released in years outside this period (the fact I couldn't include Azealia Banks 212 still hurts now) but that's the arbitrary limitation I stuck on it, and by God I'm sticking to it!

Well actually, yes it is, so shut up.

5. The playlist is best ran through as is, shuffle at your peril.

These songs were not thrown together, oh no. They were carefully curated to serve multiple situations you might find yourselves in on a standard indie disco night.

For example, the first song, would not work as well anywhere else in the playlist...it's build up is too long. Same with the closing track, a nice northern romantic indie banger to send everyone off in a chirpy mood...but put it in the middle of the playlist and you'll get everyone all befuddled.

Shuffle if you must...be but be warned that the effect may not be as powerful.

And that's it! Without any further delay, I present the ultimate indie disco playlist 2004 - 2010.

If you have any suggestions, feel free to send them across, but be warned that like an indie club DJ, I might just give you an ok sign and completely ignore you.