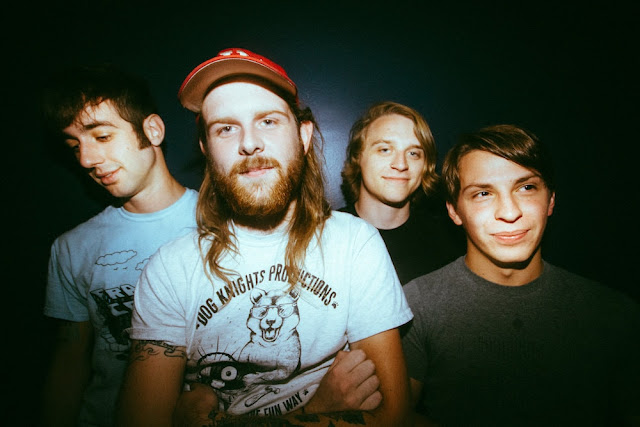 You know what the problem is with the musical landscape nowadays? There's far too much choice. It's impossible to keep up with everything that's going on, which means from time to time you miss out on amazing bands for years and years. Especially when they're from across the pond in the US.

This has been my experience with Sorority Noise.

They're an emo/indie four piece from Hartford Connecticut and consist of members from the bands Old Gray and Prawn...who I'm also unaware of. Really not doing well at this whole music journalism thing.

Anyway, they're great and having indulged myself with their past two records (which you should check out by the way) I was delighted to hear they have a new album coming out this March. They've also released a new track No Halo, which serves as a preview for their third outing.

With nods to the heavier side of Weezer's back catalogue, laced with a bit of Brand New for good measure it's a great record which stands up nicely with their output to date.

Frontman Cam Boucher has also elaborated on the meaning behind the track...

“This song is about having a friend pass away and still keeping them fondly in your mind to the point where you show up to their house forgetting that they’re no longer there. It’s about struggling to keep up with the people you love when you’re away and how to be/how it feels to not be there for them when they need you most.”

You can listen to No Halo below. The bands new album You’re Not As _____ As You Think is due out March 17th on Triple Crown Records.