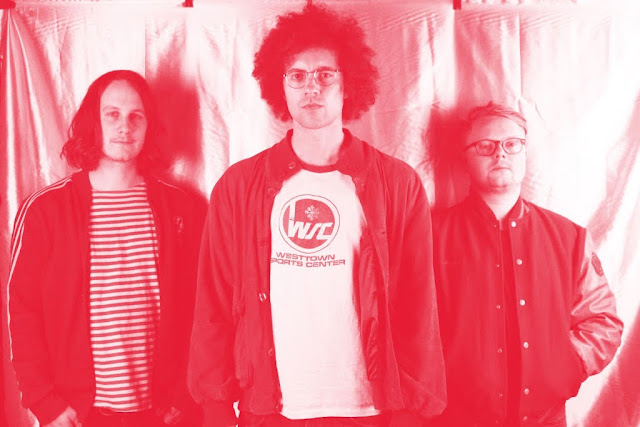 Psych rock is experiencing something of a boom recently, and whilst there are umpteen indie-psych outfits doing the rounds currently, The Physics House Band are managing to incorporate jazz influences into their music, which is creating a sound far more intriguing.

The Brighton based trio create what can only be described as exciting music. There is a never a dull moment, and keeping up with their stream of creativity can at times be exhausting.

As it turns out, the band have a big fan in comedian Stewart Lee who has explained why you should listen to these guys far better than I ever could.

Take it away Stew...

“I’m nearly 50. I don’t know what’s going on anymore, I’ll admit. The internet’s availability of all sources ever simultaneously has destroyed my understanding of cultural development as a logical progression. All music is time travel, forward and backward both at once, now.

But three years go my friend Simon Oakes, of prog-psych conceptualists Suns Of The Tundra, directed me to a YouTube clip of The Physics House Band. Impossibly youthful looking, and sounding like vintage seventies stadium-prog behemoth, but stripped of any errors of taste and judgment, fed amphetamines, made ashamed of their record collections, slapped in front of the whole school, immersed instead in post-rock procedure and practice, and made to apply their obvious talent and ability to a more worthwhile end than their forebears.

Three years on here’s their second record, a super-dense sci-fi mindfuck of a thing, music scholarship charity case keyboards in combat with squally spacerock guitars, dub boom bass and multi-time-sig clatter; a territory staked out over mushrooms at break-time, on the top floor of the multi-story car park, overlooking the ‘70s Bauhaus shopping centre concrete functional fountain square, but now gone all Escher in the aftermath, like a black and white architectural schematic drawing dipped in tie-dye.

‘Mercury Fountain’ doesn’t stop, a twenty nine minute surge of tracks that it would be a crime to split apart, the kind of part work The Physics House Band’s progenitors aimed at but never quite produce. It loads you into a water canon and shoots you out through its intermingled opening tracks, the group finally allowing you a pause for breath at the half way point, during 'A Thousand Small Spaces'; and then you’re kicked out of the airlock back into the Negative Zone again in 'Obidant', the laws of physics in reverse, Newton’s apples flying upwards past your grasping fists, your hair on end, arching to follow them, until you’re finally abandoned into the tectonic drift of 'Mobius Strip II'.

It’s a two black Americano experience that makes me wish I still had pin-sharp hearing to lose.”

You can listen to their new single Calypso below.