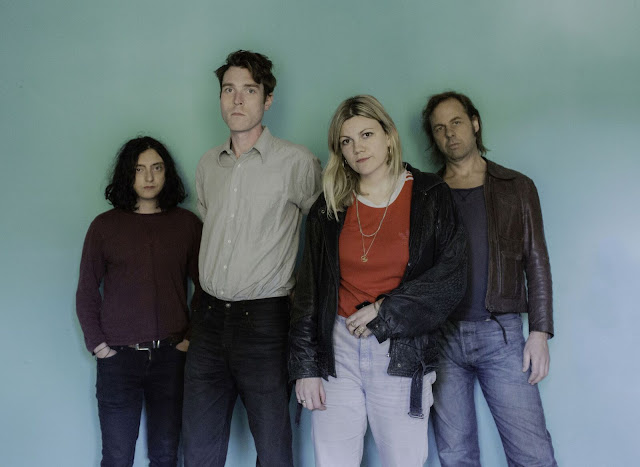 In the week following the Grammys, which was severely lacking in post punk rock n roll vibes (as well as a lot of other things), I'm pleased to introduce you to London's H. Grimace.

"Land/Body is a song which took inspiration from the idea that we are living through the end of nature and what changes have occurred from the likes of mass production and standardisation."

Some heavy shit, but it sounds great. See for yourself below.

The band were kind enough to answer the now infamous introducing questionnaire, and with it put together quite possibly the best mythical band line up ever created. Take a look at the answers below!

Women: Public Strain had a very informative impact on me when I first heard it. I thought they had made something that was as beautiful as it was experimental and explored many of my own interests in guitar music.

Loneliness and boredom! I was living and working in Melbourne, I was pretty lost at the time with a lot of time on my own and I just started playing the guitar and going to shows and I remember thinking this is me!

I still have my northern tongue and "bint" still comes out!

I have always loved cooking and as a young woman I started early mass producing and eating cake!

Heartbreak high, I learnt about Australians, skateboarders and warehouses!

Well I've attempted a few and they are all split into groups, practical, passion, or purpose. Combining all three would be a dream. As much as I'd love to be an artist, visual or musician Id perhaps look for a more stable caring profession or alternative medicine like osteopathy.

H. Grimace release their debut album Self Architect April 7th via Opposite Number.