Why You Should Be Playing...Final Fantasy XV 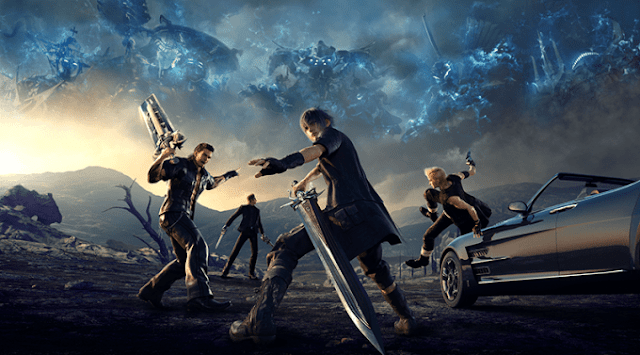 One of the biggest gaming franchises of all time has returned for it's 15th outing, and happily manages to breathe new life into what was becoming a predictable experience.

If you're unaware of the phenomenon that is Final Fantasy, it's a simple enough concept really.

You play as a protagonist who will almost certainly be sporting a gravity defying haircut and wielding a larger than life sword. You journey through a fantasy world filled with magic and monsters to inevitably face off against a foe who threatens the universe's very existence.

It's a classic set up, and despite the franchise's continuing popularity, I think its fair to say the past couple of editions left fans a little bit cold.

It's the titles next-gen console debut and is dubbed as "A Final Fantasy for fans new and old", which is nice! And whilst the familiar good vs evil tropes are all still present, this time round the game emphasises heavily on the road trip side of things.

You play as Noctis, a prince on a journey to wed his bride-to-be and thus unite two waring nations which will bring peace to the world. Of course, things soon get turned upside down and you and your group of friends are embroiled in an almighty kerfuffle.

The first point to make about the game is the sheer size of thing. I've played it longer than any other game this year and I've barely scratched the surface, there are so many side avenues to explore and landscapes to navigate, that the finishing line is a meer spot on the horizon.

Secondly, you get a car. And although the driving mechanics aren't anything to write home about, it's a great way for the game to bring the road trip aspect of the game to the forefront. 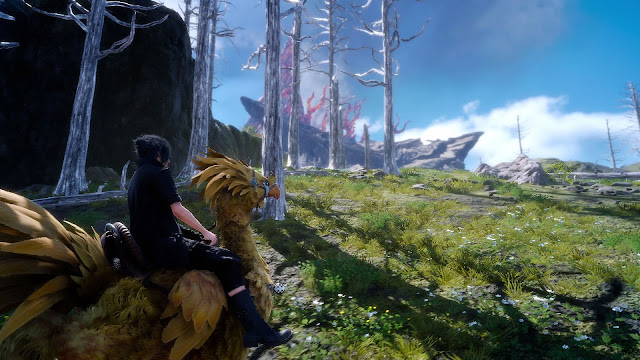 And this isn't the only new addition, you're now able to camp out, cook, fish and keep a photo diary of your adventures. These additional elements really help you buy into the characters and their relationships and serve as a nice breather from the battle heavy narrative.

Speaking of the battling, fighting in this game is fast and furious and does take a while to get used to. A quick point, it's definitely worth listening to the tutorial...because you'll need it.

Elsewhere, the Chocobos return and the monsters look bigger and better than ever. There is also an additional danger for gamers to look for in the form of the night time. Go out into darkness at your own risk, as this is where the big bad monsters come out to play.

All in all, this is a game that is easily capable of stealing hundreds of hours away from you. So if you fancy getting stuck into a game, and immersing yourself in a new world this is the game for you... not that Conan O'Brien thinks so.