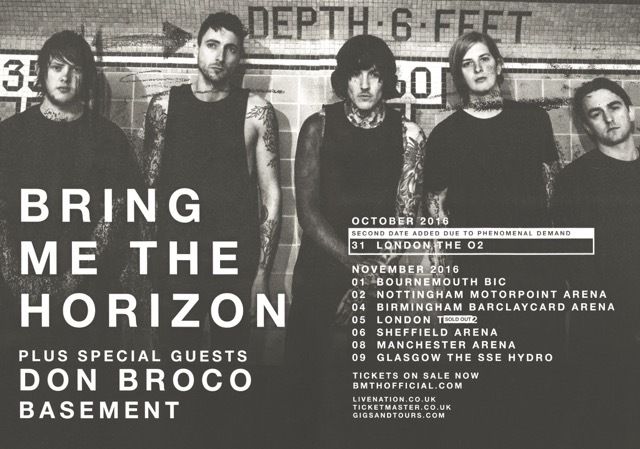 It's no secret that Bring Me The Horizon have pulled off a reinvention in terms of musical style over the past few years. From underground death metal moshers to UK alternative scenes poster boys, the change in direction has reaped great rewards for the Steel City quintet.

Latest album That's The Spirit epitomised the bands rise to the upper echelons of the rock world, and so it was no surprise when they announced their debut UK arena tour shortly after the album shot to number two in the charts.

And so we arrived at the Barclaycard arena in Birmingham, awaiting a night of raucous rock n' roll on a colossal scale. That's exactly what we got. 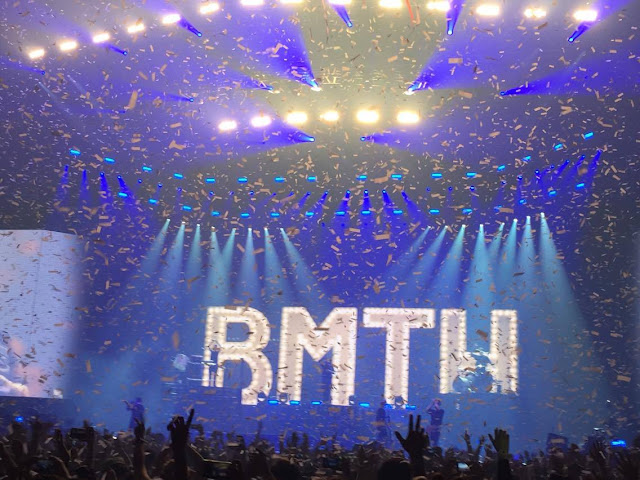 The set is a celebration of their latest output, with Suicide Season's Chelsea Smile the only inclusion from the bands first three albums. It's quite a statement to make, especially for a band with such a dedicated fanbase. The band fully believe in their new material, and why wouldn't they? Every song is met with a rapturous ovation, Oli Sykes' lyrics screamed back at him at twice the volume. From the opening bars of Happy Song, to the electronic vibes of main set closer Throne, it's a deafening room.

The staging is special, the backdrop decorated with 50 FT HD screens, projecting imagery amplifying each tracks energy, creating a sense that something special is happening. We are witnessing a band at the height of their powers. 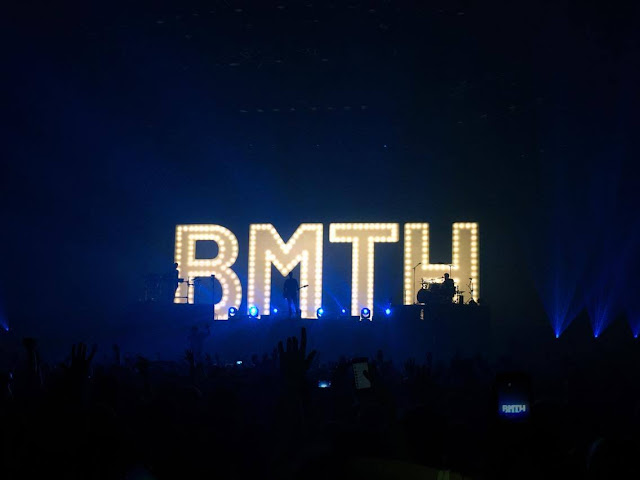 Riffs, choruses as big as the room and a shed load of great pop tunes. Bring Me The Horizon have become a mainstay of the UK rock circuit and by the time Drown draws the curtain on the bands performance, it's clear that their first forays into the arena world has been a resounding success.

With an output as varied as theirs, it's impossible to say where the band will end up next. But with a taste for arenas and a track record of writing massive rock tunes, they may very well be unstoppable. Just don't expect too many old tunes. Forward ever, backwards never.