DMA'S Perform Cher's Believe - The Best Cover Of The Year 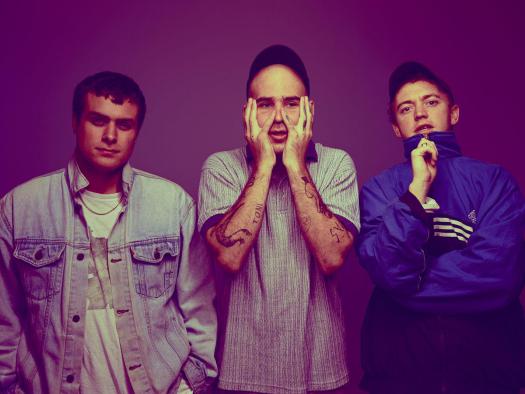 Dressed like they've stepped straight off the set of Shameless, Australian indie heroes DMA'S have recorded the best cover version this year with their rendition of Cher's Believe.

On paper it shouldn't work. That's not to slight the band in any fashion, they're quite obviously a bunch of talented lads, it's just a strange marriage of musical styles.

It does work however, and how. Originally the track was known for it's questionable production style, Cher's vocals at times sounding like they were recorded whilst gargling water. DMA'S however decided they didn't need such water based studio tricky, instead deciding to attack it with just two acoustic guitars, and to great effect.

The bands debut album Hills End was released earlier this year via Infectious records to wide critical acclaim, catching the attention of the British media including  a Radio One A-List addition, support from Radio X, 6 Music and ‘Record of The World’ from Zane Lowe.

If this cover doesn't make their upcoming set lists it will be a crime.

If you can't get enough of cover versions, an honourable mention has to go to Slaves with their cover of The Streets, Fit Buy You Know It. Have a listen below, it's great. Starts at 17:49.