The Wisdom Of Jon Stewart 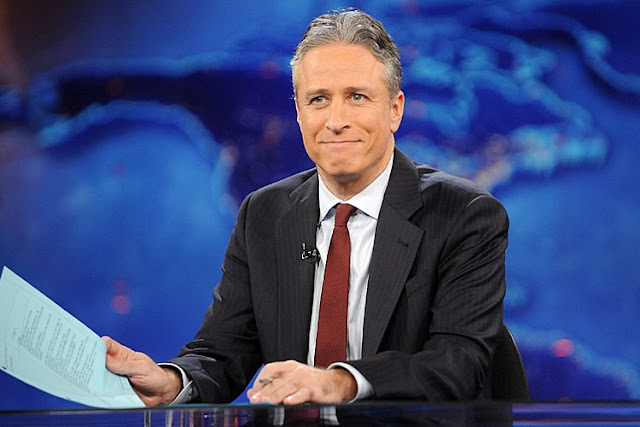 The political landscape in America has always been turbulent. Its two party system promotes animosity and it's elections drag on for months if not years! It's a difficult world to keep on top of, which is why when someone comes along who can do it well, it's important to listen to what they have to say.

Jon Stewart is one of those characters. A comedian and former host of the critically acclaimed The Daily Show, Stewart was at the frontline of American politics for years, commenting on countless scandals, and getting involved with a number of campaigns. He helped pass bills through congress and managed to single handedly take the atrocious Crossfire off the air.

He has stepped down from his post at The Daily Show, passing the reigns over to the talented Trevor Noah, but his impact continues to resonate, through shows created because of his inspiration and through his sporadic returns to late night TV.

So what is it about Stewart that makes him so watchable? Well, the first thing is that he's a comedian first and a political commentator second. Taking a dry subject and making it entertaining is an incredibly difficult task. Politics is perhaps one of the driest topics of all. Everything moves so slowly, and it's only through strenuous research and scrutiny that comedic angles begin to appear.

Take The Daily Show's series of segments entitled Democalypse, these focused on news coverage dedicated to the 2016 election. These news reports were largely just filler, as nothing of importance happens with the presidential race until around 12 months before. However Jon Stewart and his team managed to find gold with this coverage time and time again.


And it wasn't just national movements in the political machine that were targeted.


Another great thing about Stewart's time as The Daily Show's anchor was his attempts to shine a spotlight on some of the more ridiculous goings on in state legislature across America. Take Oklahoma's decision on oil and gas legislation following a dramatic increase in earthquakes in the state.


Whilst these stories showcase his day to day greatness, one thing Jon Stewart is more famous for than anything else, is his concentrated attack on Fox News. The partisan hacks of Fox, seemingly hired by the Republican parties propaganda wing, promote themselves as a fair and balanced organisation...which was a little too much for Stewart to take. Himself and Fox poster boy Bill O'Reilly have had several debates against each other and he has ran several pieces on The Daily Show pointing out the contradictions in values the network so often displays.

The funny Jon Stewart is good, but the serious Jon Stewart is just as effective. After the decision made not to prosecute the offers involved in the killing of Eric Garner, Stewart took to the screen to voice his genuine frustrations at the situation unfolding in front of America.

The really annoying thing about Jon Stewart's departure from The Daily Show, is that it happened before Donald Trump became the Republican nominee from the presidency, and with that, created more mouth dropping headlines and gaffes then you could believe.

Can you imagine what he would have done with that material? It would have been open season for Stewart, which is perhaps why he couldn't resist returning to our screens on Stephen Colbert's show and taking shots at the ludicrous situation the republican party currently finds itself in.

I guess what I'm trying to say with this blog is; Jon, we need you back. John Oliver is doing a fine job over on HBO, but he can only do so much. The time is now Jon, before it's too late, take to our screens on a regular basis and...make America great again.