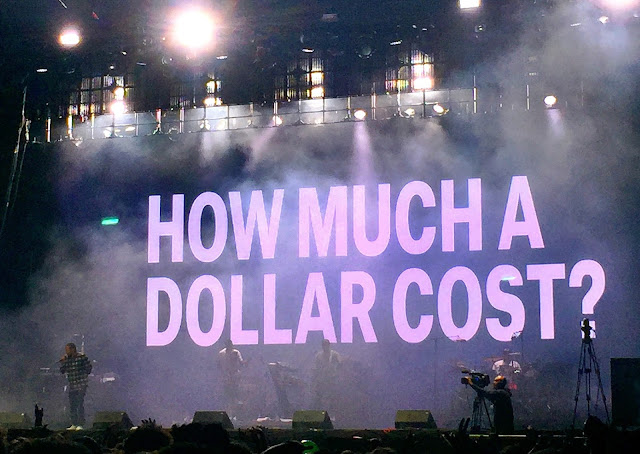 Spain really is spoilt when it comes to weather.

There's a reason Spanish television brushes over the weather in it's news bulletins (I mean, I'm guessing here...but why would you bother?). Of course, this almost guaranteed sunshine present in Espana means that it is the perfect location for a festival. So that's why I ventured a few weeks back to Benicassim Festival or FIB.

Located just over an hour away from Valencia, the festival sits on the Costa Azahar and puts the UK festivals to shame in terms of pure landscape beauty. As well as this landscape, they always manage to shape a line up that can stand toe to toe with the best of them in Europe, with headliners that would entice any music lover away from the shores of Blighty.

The first headliner (or co-headliner) up was Biffy Clyro. With a brand spanking new album behind them, the band were eager to dust off a few of the new tracks they'd been working on for the past few years, and flew into Wolves of Winter before diving head first into a hit-heavy set list.

Seven albums in, and with just over an hour to play, the band had to work hard to tick every box on the festival agenda and only managed to do so by neglecting to play anything from their first trilogy of albums. A bit of a shame, but a storming performance none the less.

Elsewhere, Band of Skulls were busy converting new fans with their blend of fuzzed up blues whilst The Soft Moon briefly transformed the sunny environment into an underground dive bar with their heavy industrial stylings laying waste to all who were lucky enough to bare witness.

The 1975 demonstrated their future headlining status, bringing with them an army of devotees as well as an arsenal of hit songs and The Maccabees rocked the main stage laying claim to the title of "worlds biggest cult band". Seriously, they deserve more!

Snakehips brought trap music to the festival, and kept the party going well into the early hours (a highlight for sure) and The Coral brought their brand of Brit Pop to proceedings, unleashing a barrel load of hits to an appreciative audience. 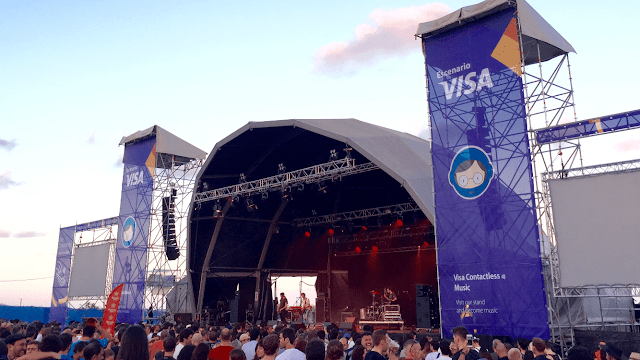 When you think of rock festivals in 2016, you think of one band. Muse. The trio from Teignmouth have grown to such a size now, that not even stadiums can host their glam-prog stylings. But with that popularity comes the weight of expectation.

Matt Bellamy and co always deliver, that's just what they do. But you couldn't shake the feeling that  this had become a bit routine for them? Apart from perhaps Bliss, there were no real surprises in the setlist. It was single heavy and whilst those singles are predominately all showstoppers, I would've liked to see a few more rarities thrown in.

Perhaps I'm asking for too much. Perhaps I'm a bit of a "Muse snob". One thing is for sure, despite what I say, they were the majority of the festivals performance of the weekend.

My performance of the weekend prize however, goes to Kendrick Lamar. The Compton born rapper brought To Pimp a Butterfly to Benicassim and delivered a powerful performance.

It's a strange experience seeing a festival crowd silenced by an artist. These people had been drinking all weekend, and yet there was not one person in my vicinity who could take their eyes of the stage when Kendrick performed. Tracks such as Alright and Institutionalized juggled their heavy subject matter and danceable rhythms perfectly, whilst M.A.A.D City and Swimming Pools established themselves as outright hip hop anthems, each one bringing the house down respectively.

All in all an amazing weekend of music in an amazing environment. Who could ask for more?