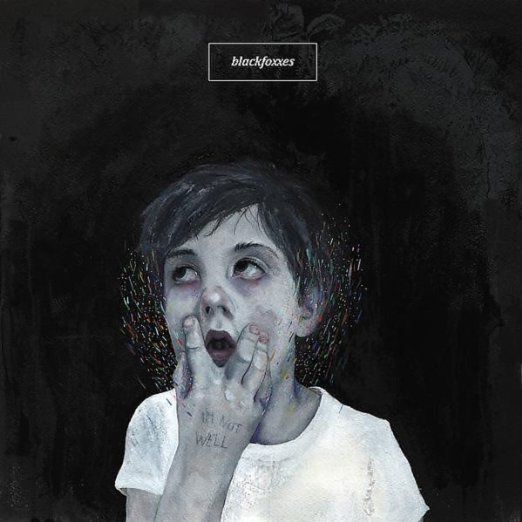 We're at a very exciting stage of the Black Foxxes story right now. They have just released one hell of an album (I feel like I've said that too soon into the review...ah well) and the hype machine is steadily hitting into higher and higher gears.

The album entitled I'm Not Well is twelve tracks of arena sized emo. With flashes of Manchester Orchestra, Brand New and Against Me! partnered alongside passionate performances translated perfectly from their live shows to the record. This is an album that is engrossing from start to finish. It's a great listen, but here's where things get really interesting.

They feel like a top UK act in the making. The record industry knows of course, they've been snapped up by Spinefarm Records who are a subsidiary of the Universal Music Group. And the critics know, everyone from Kerrang! to Drowned in Sound have been heaping on the praise for the UK three piece and the premiere album stream was picked up by The Independent.

The mainstream rock audience is yet to fully take hold, but aren't far behind. Of course, these things take time, and the beauty with rock fans is, they're always on the look out for the newest act to melt their faces off.

The benefits for fans quick on the uptake is opportunity. A cursory glance at their upcoming tour boasts a treasure trove of opportunities for new devoted fans to catch this band in intimate surroundings. 500-1000 cap venues galore, if that!

So how big could they be?

Well let's think about that. This album isn't a pop record. There are no Cary Rae Jepson (remember her?) ear worms to propel them onto the Radio 1 A-list, and rock music, no matter how epic, has to take a backseat to the shenanigans of the hit parade when it comes to national airplay.

But whereas pop acts, appear then disappear in a matter of months, rock acts have a more elongated process ahead of them. I mean it took Biffy Clyro four albums to get the recognition they deserved, and with The Maccabees calling it a day before having the chance to headline one of the top top festivals in the world (which they most thoroughly deserved to do) it just goes to show this business is a marathon not a sprint.

The sky's the limit, but it may take time.

But Black Foxxes are onto something here, and if I've learned anything whilst writing about music, it's that good music always gets the audience it deserves. Tracks such as River, Bronte and Pines are all cult classics in the making (if not already) but cult status is not what awaits this band.