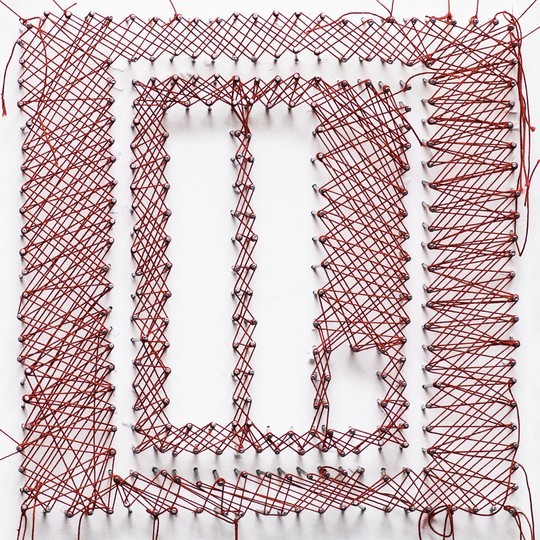 LA punk heroes letlive. are a band agitated with the status quo. If you weren't aware of that before sticking on third album If I'm The Devil... you will be afterwards.

A frustration at the severe and consistent abuses from those in positions of authority, coupled with an acknowledgment and acceptance of personal fallibles is the overarching theme of an album which takes an exciting leap forward both sonically and stylistically.

Famous for the energy in both their break neck live shows and studio recordings, If I'm The Devil... channels this hostile element in a more concise, focused manner.

There are fewer screams and breakdowns than their last outing The Blackest Beautiful, replaced instead with a greater emphasis on melody, with frontman Jason Aalon Butler delivering his most impressive vocal performance to date.

After all, a powerful performance doesn't just mean blowing out your vocal chords delivering a chilling death growl.

Tracks Good Mourning, America and Another Offensive Song deliver the most literal lyrical message to those between the cross hairs of their unrest. The first, a stand out song on the album, features a female choir, a blistering chorus and the most cutting lyrics on the album...

"We’ve got the right to take your life, so do just what you’re told”

There is enough raucous punk energy to keep the old fans more than satisfied here, but the album is at it's most exciting when it pushes the bands previous boundaries to the limit. Foreign Cab Rides, is a straight up stadium sized love song with a hook that will get trapped in your head for weeks to come.

And that's not the only love song either, Who You Are Not casually drops by with another show stopping chorus as if to emphasise that, yes, we can do this and do it well.

If I'm The Devil... puts its cards on the table from the get go, embraces the unique traits that have made this band what they are today and brings each one to the forefront to marvellous effect.

Delivering a powerful message whilst sounding better than ever. letlive. are agitated, and you know what, it suits them.