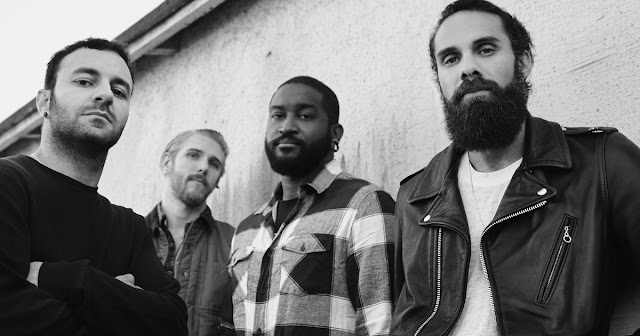 Technically, it's not June yet. So, this entire blog is something of a lie. What a farcical start to proceedings.

Moving swiftly on, here's a selection of tracks that have been stuck on repeat this month. As always, some are old, some are new, but every single one is a banger. Disagree? Leave a comment or tweet me, let's have a debate about music. Why not, right?

LA hardcore heroes letlive. are gearing up for the release of their new album If I'm The Devil expected sometime this Summer. A sneak preview has been released by the boys in the form of Good Mourning, America, featuring a not so subtle comment on America's problem with police brutality it has all the hallmarks of the bands previous sound, if not with an added soul edge.

While we're on letlive., let's all listen to another massive tune by the boys, Banshee (Ghost Fame).

The top name in grime Skepta, brought his new album Konnichiwa to Radio 1's Big Weekend. His track Man is not only one of his best lyrically, but features a sample from Queens of the Stone Age track Regular John. What's not to like?

I found myself listening to My Chemical Romance the other day, and you know what? I really enjoyed it. More associated with teenage girls with too much eye make up, MCR have a barrowload of tunes in the bank, Vampire Money being one of my particular favourites. Give the boys another listen, it's good trust me!

One of the most ridiculous pieces of music I've heard in a long time. There really are no words...stick it on and hear for yourself. \m/

Quite possibly one of the greatest remixes ever made. This hypnotising lullaby of a reworking was created by producer Four Tet and was unreleased for ten years before being unearthed on Jon Hopkins radio show last year. Now it's out in the world and everything is better for it.

If you don't like The Clash we can't be friends.