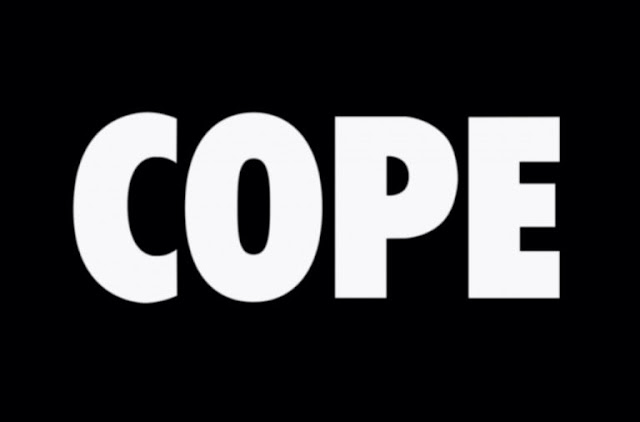 It's the end of April and it's been pretty quiet on this here blog. I'm blaming a healthy balance of work, coming down ill for a couple weeks and failing to take the many opportunities to sit down and actually write something.

To ease myself back into this lark, I thought I'd jot down a few tracks I've had on repeat this past month, some old, some new.

So without any further delay let's crack on.

Manchester Orchestra - All I Really Wanted

A bit of full throttle American alt rock from 2013, Manchester Orchestra are so good they compelled Simon Neil from Biffy Clyro to write his very own glowing review of their fourth album Cope.

"With a sound reminiscent of Pinkerton-era Weezer, heard through the ears of your bearded and stoned older brother, this album contains both splurge-gun riffs and heart-aching melodies. “Every Stone” passes in a glorious flash, as do many of these songs, but they refuse to leave the brain for days."

Right on. I couldn't of put it better myself.

Bluesy-folk enigma J. Tillman AKA Father John Misty is still something of a cult figure here in the UK. That's soon to change of course, it's only a matter of time when he releases songs like Strange Encounter. With cinematic strings accompanied by that classic blues vocal, it's four and a bit minutes of pure escapism.

Speaking of cinematic scores and escapist atmospherics, The Last Shadow Puppets have well and truly returned. Alex Turner and Miles Kane have done a fine job of once again creating tracks which ooze grandeur, sparking images of desert landscapes presented in IMAX widescreen. No track does this more so than Sweet Dreams TN, an acoustic led call to arms which is an absolute joy.

2016 has been pretty brutal in terms of musical legends passing away. There's nothing more to say about the passing of Prince, gone far too soon he will be sorely missed. He leaves with us a wealth of musical riches, one track of which is When Doves Cry. A classic.

The heavy/quiet dynamic Deftones are famous for has been practiced to the nth degree on new album Gore. Critics are calling it one of their best ever, which has me excited. Unfortunately I haven't caught up with the full album yet, but if Hearts/Wires is anything to go by, things are looking good.

PAWS - No Grace/ Gone So Long

PAWS have been teasing their forthcoming album for sometime now. No Grace was the first taste of the album they showcased  featuring their new Mark Hoppus produced sound and it was great. However it wasn't until Gone So Long emerged that I got really excited. It's the same intensity displayed in previous PAWS albums, but with an added pop punk gloss that elevates the entire sound to a new plateau.

And like countless other classic tunes, they don't over stay their welcome. Get ready to hammer that replay button.