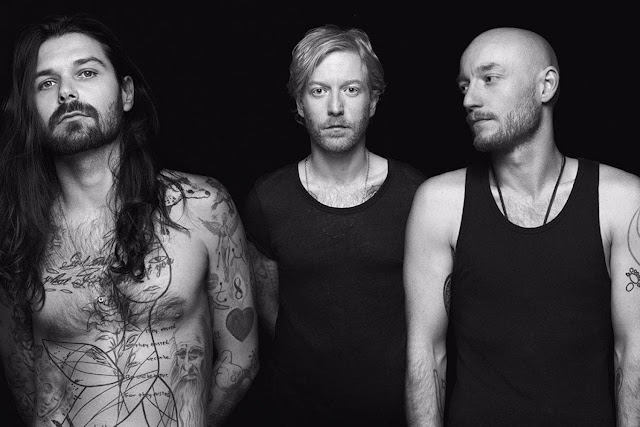 Biffy Clyro are back. Well technically they were back December 31st, where they performed their first gig in over a year at Edinburgh's Hogmanay...but that's besides the point, this time they're back with new material. And would you look at that glorious mane Simon is sporting.

Having unveiled a live rendition of On a Bang at the aforementioned gig, we finally get our first taste of studio recordings for their seventh album Ellipsis in the form of Wolves of Winter. Talking to Zane Lowe for Beats One, Simon Neil expanded on the sound of the new record and the process in the studio.

“For the first time, we wanted to use the studio as an instrument, to make it feel like it was part of the band,” he told Zane. “We’re trying to feel like it’s our first album again. We’ve still got balls. We’re still here to get in your face.”

In terms of the new track, Wolves of Winter has enough bite (excuse the pun) to keep the hardcore happy, whilst introducing some new themes in terms of atmospheric electronics that keeps the rest of us guessing and well and truly wets the appetite for the new record which arrives on the 8th of July.

You can listen to the Zane Lowe interview and the new track below. Mon the biff.