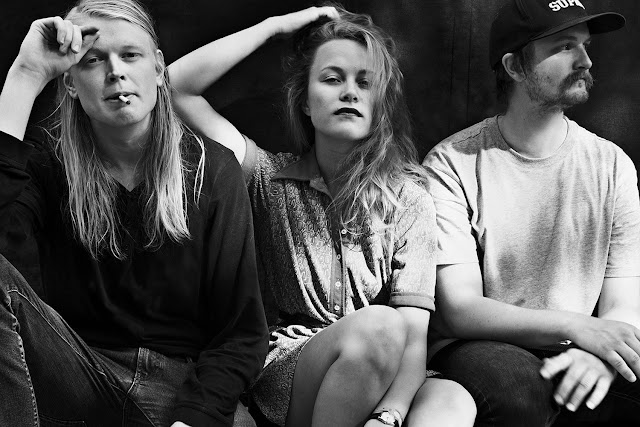 Welcome to the first Introducing feature of 2016, and it features quite possibly one of the best new bands you'll hear all year. Meet Sauropod, a three piece alternative outfit formed in Oslo, they are Jonas Røyeng (guitar, vocals), Kamillia Waal Larsen (bass, vocals) and Jørgen Natland Apeness (drums).

The band have built quite a fan base across Norway over the last year due to their explosive energy on stage. Signed by Riot Factory, the band have released their debut album entitled Roaring at the Storm, two tracks from which you can hear below.


In the bands own words, the album is "noisy, melodic, frantic and euphoric"...sounds pretty good don't you think?

They were kind enough to take on the now infamous introducing questionnaire which revealed their love for EDM, the bands favourite swear word and a deep love for mittens. Take a look at the answers below!

We listen to very different music from one another, probably the one we can agree upon is "Alchemist" by Norwegian EDM-producer and DJ Savant cause of the extravagant energy, and it's often surprisingly melodic! Nice.

Don't think any of us have heard an entire album we don't like? It's impossible to say!

I had a bunch of songs I wanted to play in a band, I asked Kamilla cause I'd seen her in other groups, and thought she played and sang really well. Jørgen and I were roomies and self-certified rock drums-geeks in high school and thus had many similar visions in music.

Definitely playing concerts, we've had a break since October! We have a release-concert in Oslo this Saturday and there's gonna do some touring in Norway in March. After that we have a lot of new music we're looking forward to record too.

"Don't worry, you're already dead! You won't be clerkin' NO jerks or knittin' NO mittens in this here crib! :-D"

The bands debut album Roaring at the Storm is out now.
Alex