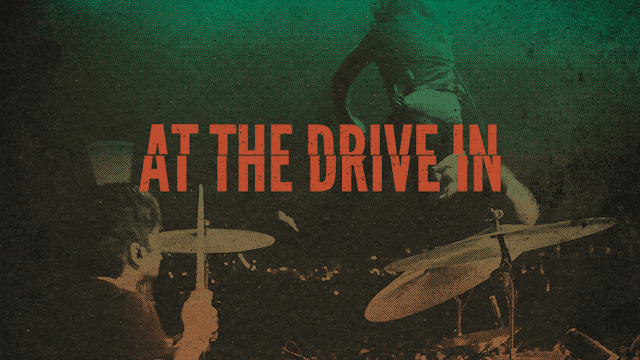 Prog punk parables At The Drive-In have announced their return to the live arena. With a spring european tour and an extensive run of dates in North America, it's the second reunion since the bands initial split back in 2001.

Relationship of Command is known universally as one of the finest alternative albums ever released, and if you haven't listened to it before, I URGE you to do so.

Formed in El Paso Texas, At The Drive-In did not just produce classic albums, in fact before their mainstream breaking LP the band were famous for their live shows, the quintet possessing an energy and stage presence unmatched by any other performer.

So will these 2016 dates be just as good? Well we can only hope. The band did re-group for a brief run of shows back in 2012 which were reported favourably, but to get back to the blistering form of 2000/2001 would be some achievement. In many ways it's impossible however.

At The Drive-In were at one point the biggest cult band in the world. They were the hot ticket for every rock fan and the critics loved them. They burned brightly, and burned themselves out. Extensive touring, media interference and...well who knows what else all contributed to an untenable arrangement. The bands frustration at the situation they found themselves in was clear to see on stage, no more so than at the Big Day Out festival in 2001.

It's an electrifying performance, but one punctuated (and at times interrupted) with rants about modern day rock culture and antics which are happening in the crowd. Nevertheless, it's not one to miss. Catch the build up to the gig, three tracks and a number of rants below.