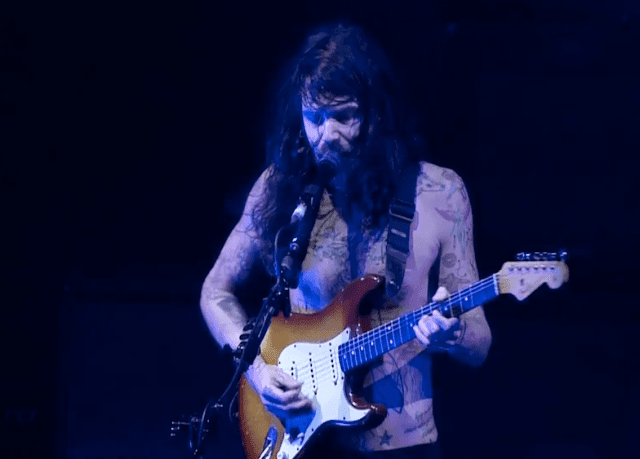 “We've never not played a gig in any year since we became a band. So now we’ve played the last half hour of 2015 - thanks for helping us keep our stats up.”

The words of Simon Neil, Biffy Clyro's guitarist and vocalist, tonight looking a cross between William Wallace and the Last Samurai. On a cold New Years Eve in Edinburgh, the frontman is dressed ready for battle, laughing at the so called baltic conditions and appearing shirtless on stage ready to announce his bands return to the live arena after a years hiatus.

Performing in the Princes Street Gardens which are over looked by the magnificent Edinburgh Castle, the band are headlining a Scottish celebration like no other. Supported by Honeyblood and Idlewild, Biffy Clyro have been selected to take the Scottish capital into the New Year.

Walking on to Motorhead's Ace of Spades, out of respect to the passing of Lemmy, the band waste no time in kicking off the Hogmanay celebrations running through Only Revolutions' hit singles The Captain and That Golden Rule.

It's an usual gig for the trio. They're battling for headliner status with the forthcoming new year, and six songs in, take a short interval to allow the crowd to welcome in 2016, with the obligatory awe inspiring fireworks show and even a special message from the UK's favourite astronaut Tim Peake. 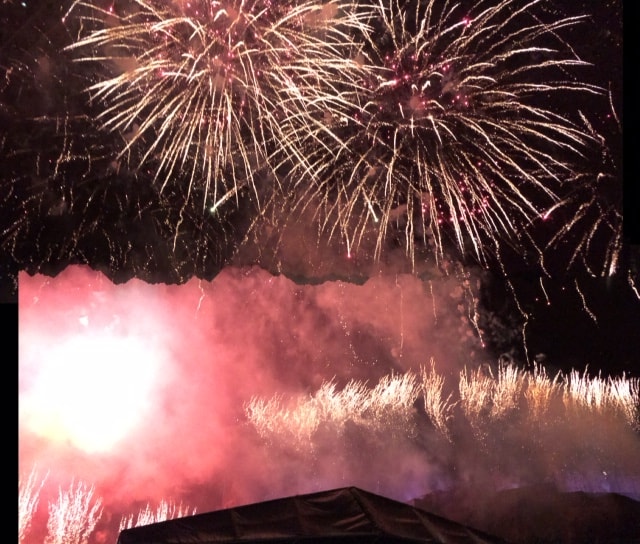 Not to be out done, the band return on stage armed with more hits than you can shake a stick at. Focusing on their recent output, the crowd are indulged with Opposites tracks Black Chandelier, Biblical and Sounds Like Balloons and a bundle more from Only Revolutions including Booooom, Blast & Ruin, God & Satan and Bubbles.

One of the main highlights however, was the emergence of a brand new track entitled On A Bang, which is given it's live debut. Sounding hard and heavy, it features the rather charming chorus lyrics "Now you know better, why don't you f***ing do better". A possible hint that a new album is due in 2016?

With 1am looming the band down tools, but not before firing off a few more hits in the form of Many of Horror and Stingin' Belle.

The Arctic Monkeys famously sang "Anticipation has a habit to set things up for disappointment in evening entertainment" and with New Years Eve being the antipathy of evening entertainment, there was a small worry that this gig may have built itself up a little too much.

But alas, Biffy Clyro pulled it off, as they always do. Sounding heavier and as vital as ever, they have been sorely missed in 2015. But with a new album well and truly on the way, and their first performance a bonafide triumph, you get the feeling that 2016 could be the biggest year yet for the Scottish rockers.


The Captain
That Golden Rule
Folding Stars
57
Born on a Horse
Biblical
Bubbles
Who's Got a Match?
Black Chandelier
Booooom, Blast & Ruin
God & Satan
On a Bang (New song & Live Debut)
Mountains
Living Is a Problem Because Everything Dies
Sounds Like Balloons
Different People
Many of Horror
Stingin' Belle
Alex