What You've Missed Over The Christmas Period 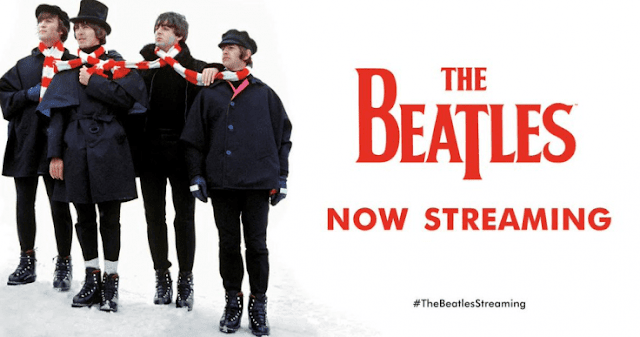 We're in the midst of the festive season, the alcohol is flowing freely and the majority of us are lost on our days. As a result, a lot of things are being missed. It was always going to happen. It's a nice idea releasing things over Christmas as a special gift to fans, but in practice, everything sort of gets lost in the ether.

Do not fear however, for I've took the liberty of scouring the internet to find the musical gems and headlines that may have passed you by this Christmas.

The Beatles Have Come to Streaming Services

It's finally happened. The streaming services have captured their golden goose. The Beatles have allowed their music to be freely available on a number streaming services, from Spotify to Tidal. It's believed that the bands songs were streamed over 50 million times in the first 48 hours...so it seems to have been a popular addition. Come Together is currently the most streamed of all the bands songs. To celebrate, why not watch John Lennon perform the track in New York alongside a very hairy guitarist.

Radiohead Release Their Take on a James Bond Theme

"Last year we were asked to write a theme tune for the Bond movie Spectre.
Yes we were. It didn’t work out, but became something of our own, which we love very much.
As the year closes we thought you might like to hear it.
Merry Christmas. May the force be with you."

Sonny Moore brings the relaxing vibes in his chill-step remix of the Recess album track Stranger. The track was released as part of OWSLA's Nestivus charity campaign and features a piano led approach with an atmosphere of calm and happiness behind it. It's a shift in style which adds yet another string to the producers bow.

Joss Stone Named as Reggae Artist of the Year

Better late than never I suppose. Future Islands add their morose indie electro vibes to the Christmas classic from George Michael and co. It's a nice surprise! However,  we can only really enjoy it for one day...which is a bit of a shame. If you still fancy listening to it past the big day, you can do so below!

Everyones favourite acoustic playing hardcore fan Jamie Lenman has released footage of a Christmas show he played back in 2013. Performed entirely acoustically, it's an intimate performance which is sure to bring a smile to fans faces this festive season. It also features a duet of the Reuben track Good Luck with Frank Turner. Check it out below!