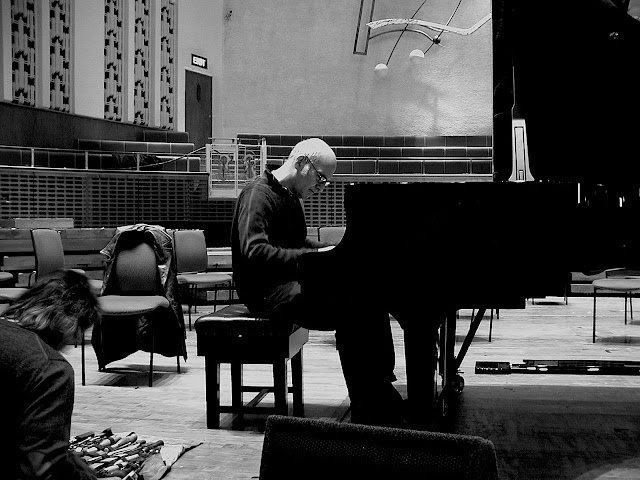 Last week, Italian composer and pianist Ludovico Einaudi entered the BBC Radio 1 studios to take part in Huw Stephens late night piano sessions. So far Huw has invited only a small number of indie artists to play delicate renditions of their pop songs, so for a classically trained heavyweight to step in the proverbial ring was a big coup for all involved.

As expected, the session was a half hour masterclass. Joined in the studio by super fan Greg James, Huw's interview consisted mainly of questions like "how did we get you here!" and "how are you so good at piano".

After the introductions had taken part it was time for Einaudi to showcase his skills and tickle the ivories the way only he knows how. He started off by playing Night off of his 2015 album Elements.

Next he was asked to pick his favourite piano based pop track, an honour he bestowed upon Radiohead and their fantastic Pyramid Song off of their Amnesiac LP. This marked a personal high point in Radio for me. Ludovico Einaudi playing Pyramid Song on late night Radio 1...amazing.

Finally Ludovico was asked to cover a contemporary pop track on the piano. Being the genius he is, Einaudi decided to show off a bit and not only cover one song, but combine two of the biggest pop songs of the year and create a mash up of Sia's Elastic Heart and The Only One by Sam Smith.

All in all a great piece of radio, and my favourite thing Radio 1 has done for a while! Catch up with the whole thing on iplayer whilst you can, because gems like these don't come around often.
Alex