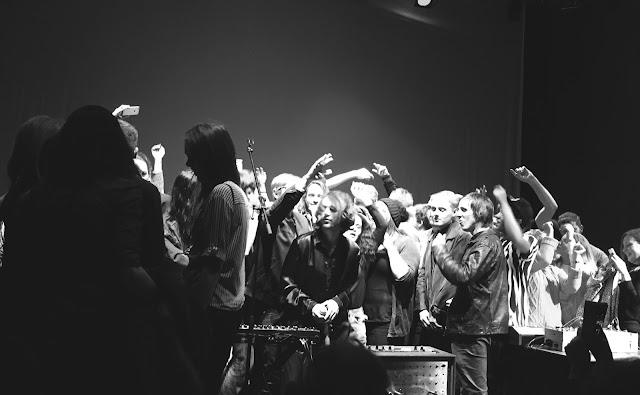 When a gig is played inside a contemporary art museum instead of your standard venue, you know things are going to be a bit different. It really is a change of tone to be offered to wait for the act in the adjacent cafe, than say standing at a bar in a grotty venue. Of course, when the show is that of psychedelic electro wizard LA Priest, a bit of oddity should come as a given.

The former frontman of Late of the Pier has embraced the strangeness of his nu rave outfit but shaken off the stereotypical pomp and circumstance of his indie rock past and decided to do (almost) everything himself.

From sound-checking his many synthesizers, guitar and bass guitar, to playing every piece of music on stage, Sam Eastgate is a man with a vision that only he can put into action. Dressed in what appears to be silk pyjamas, there is no introduction as he dives straight into Lorry Park off his first record Inji. 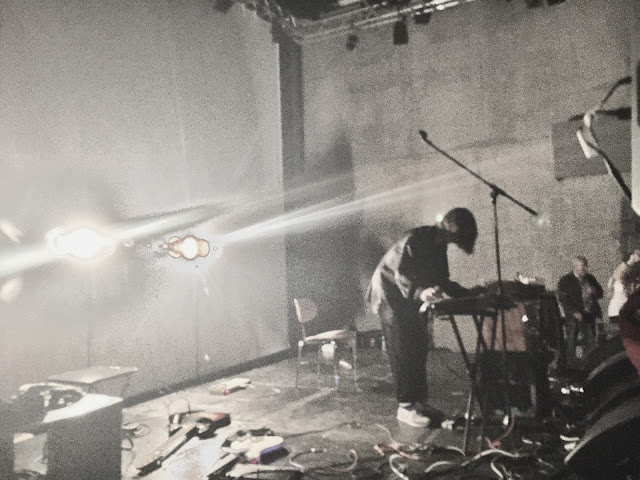 For the uninitiated, it's an intense start. A cacophony of distorted bass and off kilter melodies, blasted at a volume that made the walls bleed. For the next ten minutes the crowd held on for dear life as LA Priest introduced this unique live show to a flabbergasted audience. Occasion settles the nerves of a few spectators caught in the headlights, but it takes the introduction of pop hits Lady's in Trouble with the Law and Oino to make converts of the Nottingham crowd.

From there on in, the show is a storm of mutated EDM and head bopping funk beats that the crowd laps up. Party Zute/ Learning to Love tops off an incredible set,. With its perfect blend of pop and the bizarre, it sums up the night perfectly, with everyone well and truly out of their comfort zones, but loving it.

There's just time for an encore..which is a bit awkward because as Eastgate explains "I haven't got anymore songs...so we'll just have to play this again". Cue a second run of Oino and cue mass delirium. The crowd invades the stage and the good vibes reverberate around the room.

Conventional it wasn't, but when the gig was is this good, who cares? After eight years out the game, Sam Eastgate is back with a bang, and one hopes we get to see him again, preferably before another eight years have passed.
Alex