Changing the Record: Five artists who drastically changed their sound 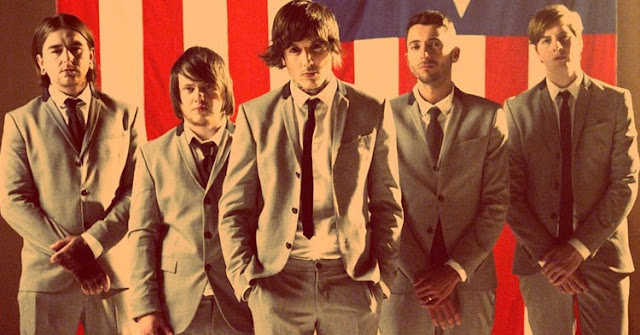 It’s a strange sensation listening to a new record from one of your favourite bands and realising that all is not what it seems. In recent years, it’s a safe bet to assume they’ve added a few more synthesizers to the mix, or maybe even come down with a severe case of “EDMitis” and added a “filthy drop” to their usual output.

They’ll call it evolution, they’ll call it progression but more often than not it’s a case of listening to other artists a little too often on the tour bus.

Of course, there are bands that do buck the trend for all the right reasons. Inspiration will strike; they’ll travel to the other side of the world and create something truly special. Unlike anything you’ve heard before.

Below are five artists that have changed their sound so dramatically; even Charles Darwin would struggle to find the link between them. Did they do it for love of art or for the love of money, you decide.

Bring Me The Horizon: Count Your Blessings – That’s The Spirit

The Sheffield metallers have been busy pissing off their older fan base for years now, but 2015 saw them cut ties from the sludge metal scene of old for good.

With a dream to become the biggest band in the world, Oli Sykes and crew threw out the sacred metal rulebook and indulged their poppier side to great effect on That’s The Spirit which reached number two in the UK album charts.

The band is now set for a sell out arena tour, with their lofty ambitions still very much on course.

From Middle America sweetheart, to Wayne Coyle inspired super freak, Miley Cyrus has come along way in a relatively short space of time.

Dismissed by many as a marketing gimmick, Cyrus’ reign of infamy, showered down upon us via social media and tabloid newspapers, is a million times more interesting than the Party in the USA era, whether it’s legitimate or not.

It’s been said before…but The Horrors really did surprise people by turning out to be psychedelic geniuses after they dropped the whole “weird goth” get up. For the record, I quite liked Strange House, but it didn’t exactly scream “we’re a future critical acclaimed and influential band loved by the masses”.

Luminous followed on from Primary Colours and Skying, all of which comfortably crept into fans and critics best album lists year after year.

They’re busy at work on album five and one can expect yet more My Bloody Valentine inspired goodness to come…unless they decide to take another radical leap into the unknown. Space reggae anyone?

From fast and furious punk funk, to stadium filling rock anthems; the Red Hot Chili Peppers were late discoverers of melody, but once found; they milked it for all it was worth.

Fleas’ furious bass playing is a constant, but apart from that, the bands debut album and the California bands latest release are pretty much un-relatable. Finding a link between the laid back groove of The Adventures of Rain Dance Maggie and the visceral howls of Police Helicopter is nigh on impossible.

With a host of guitar players shuffling in and out of the band over the years, it’s unsurprising really. Luckily Mr Kiedis and the gang didn’t let it stop them, and despite a dodgy moustache or two along the way, the band is still going strong. You can’t stop the funk, but you can change it substantially.

Hip-hop pioneers the Beastie Boys were not always the shellsuit-wearing trio we know and love today. Their first release contained not even a morsel of rap, replaced instead with a barrage of guitars and shouting in what is tentatively known as their “punk rock days”.

Although you can’t mark the boys down for effort, their talents were infinitely amplified when they dropped the punk thing and switched their attention to changing the face of hip-hop forever. After all, when you can produce hip-hop tracks like Fight for your Right and No Sleep til Brooklyn, who needs Punk?
Alex