You Should Be Listening to: Yeezer 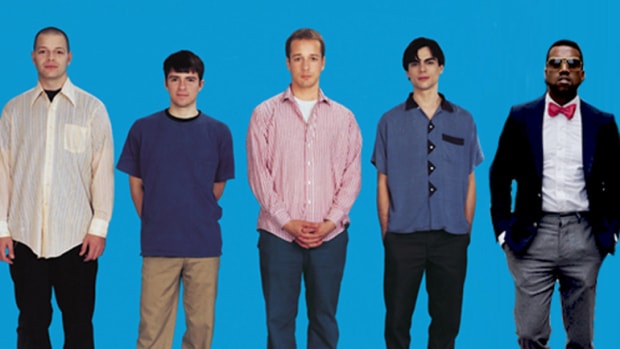 Being a massive fan of both Weezer and Kanye West, you can imagine my delight when Alex Hodowance, a 19 year old student from Ohio combined the two to create...Yeezer.

Mash ups are nothing new, in fact many would rightly argue they've had their time in the sun, with artists like Girl Talk pretty much perfecting the art back in the mid noughties. However none of that takes anything away from Yeezer, which has moments of pure brilliance, as well as moments of tone deaf god awfulness.

As I typed that last sentence, I thought to myself "you terrible human being, this poor guy did this whole project for a laugh and gave it away for free and you're criticising it".

It is after all, just a bit of fun, and for a student, presumably working out of his bedroom, some of the arrangements found in this mixtape are outstanding.

Through the Hills, (And They) Say it Ain't So, and Barry Jamb all work perfectly. A massive achievement, especially when the stem recordings for the original tracks are either under lock and key or lost forever.

Overall it's a great way to spend just over half an hour, dissecting which tracks have been mashed together and being constantly surprised by the interesting compositions on show. It may not be as critically acclaimed as The Grey Album by Dangermouse, or as complex as one of Girl Talk's efforts, but it's just as fun to listen to.

Happily the whole project can be summed up perfectly through the words of Weezer...

"If we die in obscurity oh well, at least we raised some hell".