Bring Me The Horizon - That's The Spirit: Album Review 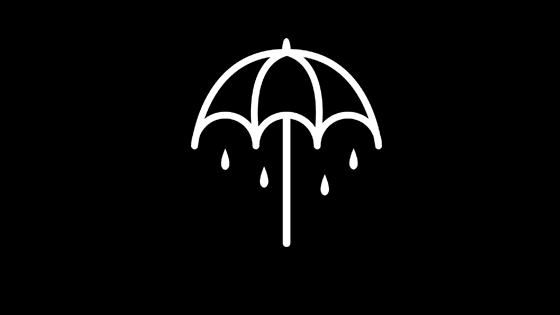 Let's just get the obvious points out the way before we go any further shall we?

Such is the dramatic shift in tone by Bring me the Horizon, it seems you can't go five minutes without an "old school" fan of their's complaining about the poppier side of their output. Metal fans can indeed be holier than though when it comes to musical judgement, but this is something the Sheffield quintet couldn't care less about.

That's The Spirit is the sound of a band throwing caution to the wind, disapproving looks from the metal community be damned. Having tasted the sweet success of mainstream adoration because of 2013's Sempiternal, the Steel City boys have decided to embrace a musical style which they not only love, but will take them places Suicide Season could only dream of.

Doomed sets the tone, atmospheric electronics courtesy of Jordan Fish are the focus whilst a mixture of growls and melodies from frontman Oli Sykes remind us that we are all eventually going to die. Yes, the music might be poppier but the lyrics are still a bit miserablist.

Up next we have the three singles we have heard so far Happy Song, Throne and True Friends. The first two showcase BMTH's songwriting capabilities at their best. Short snappy pop songs with a rock edge, perfect for rock radio whilst True Friends is a bit of a misfire, harking back to mid noughties acts with long frowns and even longer fringes.

However it's after these now familiar sounding tracks where things get really interesting. Follow You, is the most delicate thing this band have ever made and is one of the strongest tracks on the record. With this track BMTH have reached the point of no return, when they can create songs this good, it'd be senseless to go back to their deathcore ways of old.

The band continue to impress on What You Need and Avalanche, but start to miss their failsafes of old in later tracks. Without breakdowns, thousand mile an hour riffs and visceral screaming, tracks Run and Blasphemy have nothing original to say.

But these are but minor hiccups in what is an otherwise stellar album, especially when you add arena anthem Drown and Ibiza turned rock track Oh No to the mix.

Bring me the Horizon have achieved everything they set out to create with That's the Spirit, they've made a pop rock album filled with sing alongs and arena filling anthems. Metal snobs beware, there is nothing for you here.