Introducing: Shannon and the Clams 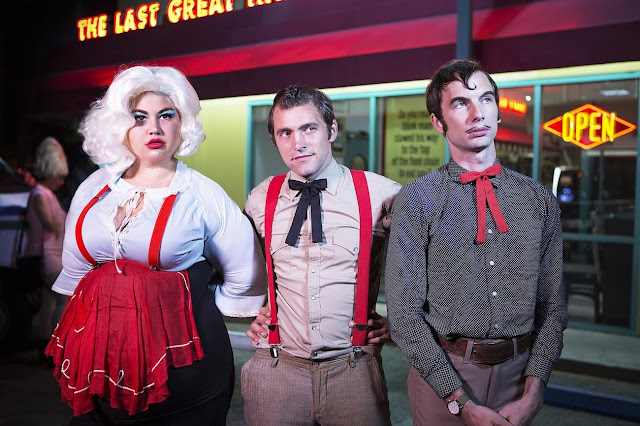 There aren't enough eccentrics in pop music today. You get the idea that most artists tow the line of what there publicists have to say, without actually having any input themselves. Thankfully that's not the case with Shannon and the Clams.

With new album Gone by Dawn coming out on September 11th, this three piece are showing everyone what can happen when you add a bit of originality to proceedings. Their latest music video for Point of Being Right showcases a number of self proclaimed misfits, trying their hand at a karaoke rendition of the bands killer track.

Vocalist Shannon Shaw was kind enough to take on the infamous introducing questionnaire and tell us, amongst other things, why the band started making music together and what she'd say to God when arriving at the pearly gates...

Conspiracy of Owls self titled album! At least for right now, it's just unique and perfect

Well, currently i was disappointed in Annette sings Anka. I love both of those singers and I thought this album would be tops but it only has one song that I'm crazy about (Talk to Me Baby) It's not the worst of all time, just for me, right now

I was already performing solo and I needed a band because I had to much social anxiety to perform alone. I played with some other guys but once I heard Cody secretly practicing a Clams song and knew he HAD to be in the band, he had the sound I was looking for, and of course he is the best coolest dude in the world. I lucked out!

Camping tomorrow morning! Camping with a swimming hole near by is my favourite thing in the world.

"if you're going through hell, keep goin"- Winston Churchill

I also illustrate, I think I would take that more seriously. Maybe a therapist! Ideally a fire fighter but know that I'm not capable for many reasons. My family is all in the mental health and fire fighting industry so possibly something in there

"Welcome my favourite angel. Aren't you glad that the afterlife isn't you floating around in the stars with your dead pets for all of eternity like you always imagined? Now go have a pina colada with Chris Farley and feel free to bang River Phoenix or James Dean anytime "

Shannon and the Clams are hitting the UK in November for two dates. You can catch them at the following...