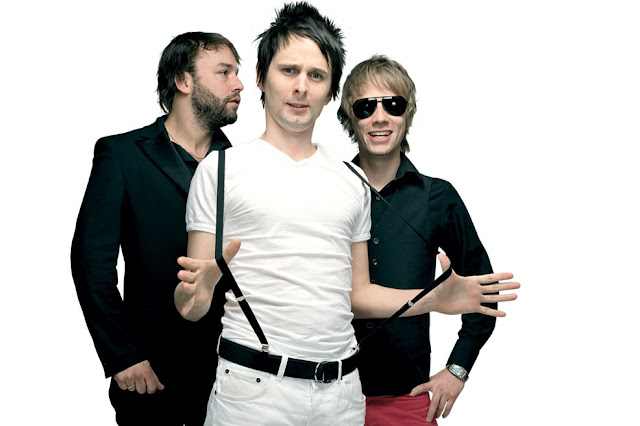 Before we start, let me just clarify, I still like Muse now. I just really liked them in 2006. Ok? Awesome.

A lot has changed since 2006. The USA elected their first black president, the global economy crashed and the tories won a majority consequently making the UK sad. In terms of music, we've had the rise of dubstep, trap and pc music as well as the reprisal of grime and 90s nostalgia. Yeah the worlds a different place, especially in terms of Muse standings as rock royalty.

Back in 2006, the band had just released their fourth album Black Holes & Revelations (BHAR) and were still considered the worlds biggest cult band. Despite being adored in France, headlining Glastonbury and toping the UK album charts, they had still yet to become the household name those accolades usually bestow.

This was all about to change. It was clear from their first few live performances in support of BHAR, that the trio had added some serious firepower to their sets. Not just in terms of great new songs, but from production, new guitars and even stage attire.

Map of the Problematique

There was a buzz. It wasn't the buzz that you get with new bands, it was different. It was the growing buzz of opinion that this band were the best in the world right now. A Mercury Music Prize nod, a headline slot at Reading and Leeds Festivals and an announcement that they were going to be the first band to headline the new Wembley Stadium, quickly turned that buzz of opinion into fact.

As if that wasn't enough, America finally started to listen. After their U.S record label refused to release Origin of Symmetry over the pond due to artistic differences, Matt Bellamy and co had to re-build their status in the U.S during the tour of Absolution, playing venues of a comical size.

For me, 2006 was Muse's pivotal year. Everything ran like clockwork. They had released a critically and commercially successful album, played some of their best live shows to packed audiences and made countless award show appearances, where they both performed and bagged some prizes.

Pretty great, right? Of course, the band are still going today, and Drones is a banger of a record. They're planning on touring the UK in February and I shall be attending for sure. And yes, whilst I'll more than welcome tracks from 2007 and beyond, as well as 2005 and before, I will be waiting for some tracks from the 2006 era. Tracks that they still perform with gusto nine years later. Don't believe me? Check out Assassin from earlier this year...