The Best Of Music TV: So It Goes 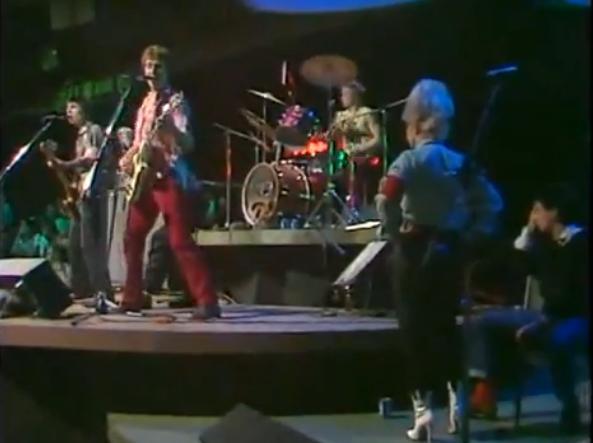 Music television is in short supply these days. Sure you've got your music video channels somewhere in the depths of Sky, repeating the same 20 tracks over and over again, but apart from that (very limited) selection, things are looking rather sparse.

Fortunately things are on the up, Chris Evans is bringing back TFI Friday, which back in its hay day featured rock visionaries At The Drive-In, grindcore band Napalm Death and gave Slipknot their UK television debut.

It's a good sign that TV executives have finally spotted the canyon sized gap in the market that Jools Holland ain't gonna fill. Sure it features good music (sometimes) but it's all a bit...safe. Where's the rebellion?

So It Goes was the original rebellious music TV show. The brainchild of Factory Records founder Tony Wilson, it was aired by Granada TV in 1976 and 1977 for just two seasons before a foul mouthed Iggy Pop pushed the producers a step too far and it was subsequently cancelled.

Despite it's limited shelf life, the music show managed to pack a lot in, most notably giving The Sex Pistols their television debut, bringing the world of punk music to the masses. They performed Anarchy in the UK to a stunned audience and smashed their gear afterwards. This was consequently edited out in post production and replaced instead with polite applause...yeah I'm not saying it was perfect, but it was pretty close.

The list of guests showcased, was quite frankly, mind blowing. The Clash, The Buzzcocks, Iggy Pop, Elvis Costello, Siouxsie and the Banshees...you couldn't ask for a better line up.

They sometimes wandered away from the music business to feature interviews from other alternative culture icons including comedian Peter Cook and poet John Cooper Clarke. Again, pretty ridiculous guests.

Opposed to the BBC's stale Old Grey Whistle Test, So it Goes was a shot of adrenaline to the heart, letting the youth know that there's more to music than technical proficiency and an ear for a tune. No, music is about emotion. Artists that don't just want to perform but need to perform.

But don't just take my word for it, have a look below and see for yourself.

The Sex Pistols - Anarchy in the UK