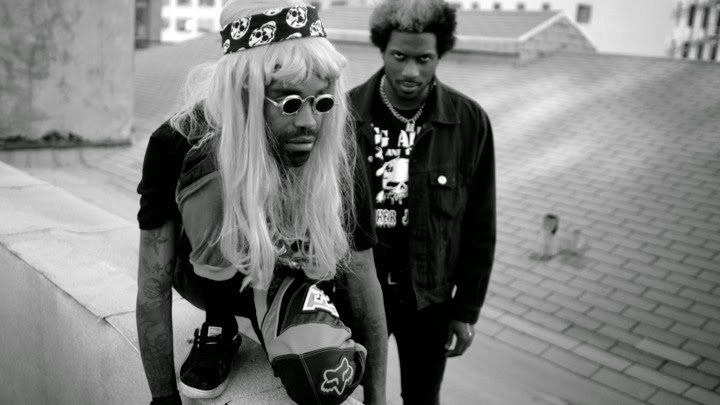 Following a week in which the Brit Awards plagued our screens and bombarded us with a parade of musical mediocrity, I feel like the nation needs a reminder that, we don't need to settle for the bland singer songwriters of this world. We don't need to listen to the Take That's and the James Bay's who are pushed down our throats with such force. We don't need to make do with this beige bullshit, this uninspired, emotionless claptrap that is labelled pop music.

There are artists out there who are willing to push boundaries, take risks and throw their heart in soul into music which can only be described as polarising. One such set of artists are called ho99o9. Looking like extras from Mad Max and sounding like a hardcore Death Grips, this isn't just music, this is an experience.

It's almost absurd to even imagine a universe in which an act like ho99o9 and someone like Sam Smith can co-exist, such is the astronomical divide in both musical style and delivery. Whereas Smith caters for the masses with his blend of non offensive balladry, ho99o9 deal in delighting their own subculture of followers, attacking their minds with aggressive punk majesty.

Of course, there are those enjoy paddling in the top 40, and that's absolutely fine. But for those who aren't happy with the sounds spewing out of their radios, and need something a little bit different, a little bit crazy to help get them excited about music again, then I think I've found what you're after.

They're called ho99o9 and they will change your life.