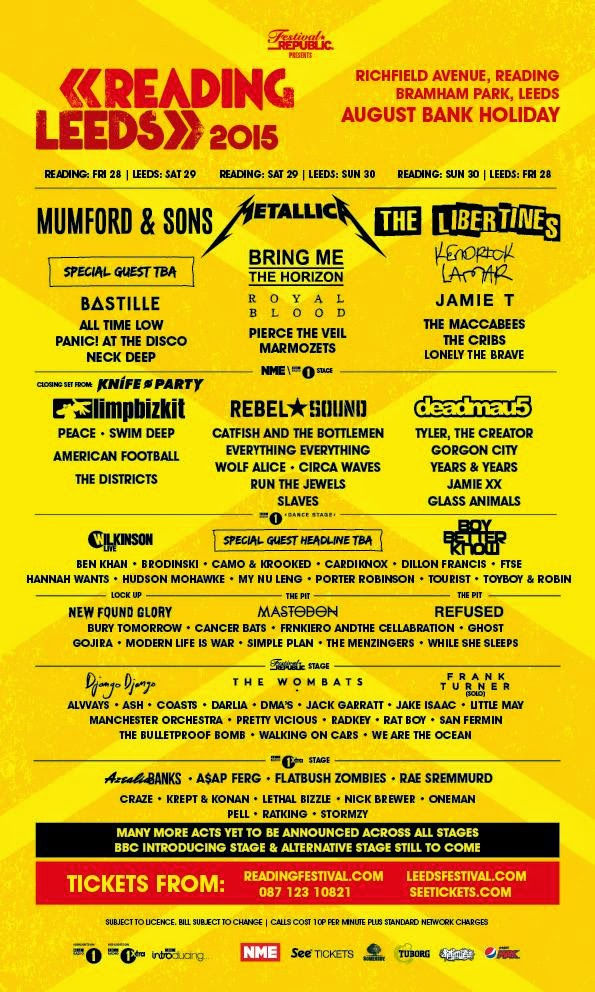 So what do we reckon then? The first of the infamous Reading and Leeds festival posters has been revealed, and as ever it's likely to split opinion.

Having started as a purely alternative rock festival, over the past few years the genre of artists attending has started to expand rapidly. The dance stage is no longer confined to a one day appearance, electronica is a regular guest in the NME/ Radio 1 tent and grime music is making itself feel at home over in the 1extra tent.

I'm of the opinion that this is a good thing! Having the same artists appear over and over again can get a bit boring...and having said that looking at the lineup there are more than a few familiar faces on the poster.

Nevertheless! Here are a few of the acts that caught my eye on the lineup so far...