Carl Barat and the Jackals - Let it Reign: Album Review 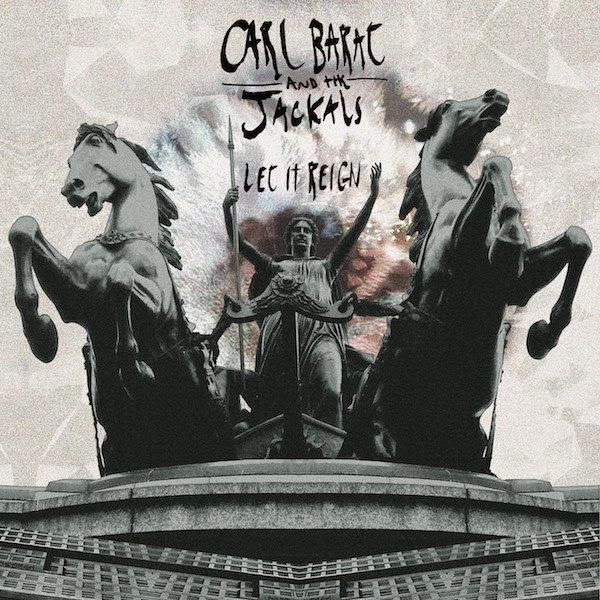 Having reformed one of the most influential bands of the past two decades, you could have forgiven Carl Barat from taking his foot of the accelerator in terms of solo output. After all heading over to Thailand to visit your, in recovery, song writing amigo takes time. Of course, like all creatives taking your foot off the accelerator isn't always an option.

As a result we have the debut album from Carl Barat and the Jackals, entitled "Let it Reign". We are welcomed by confederate American guitar squeals as Glory Days begins. It's an encouraging start, more reminiscent of the exploits by the Dirty Pretty Things than anything put together with Mr Doherty. Carl croons the lyrics "Glory days, we threw them all away, should have known better".

Victory Gin is a belter, a defiant howl to the naysayers and detractors that has an edge to it that can only be conjured with real anger. We then take a trip back to albion, in the form of a song that reeks of the Libertines, Summer in the Trenches. With it's jaunty verse rhythms accompanied by a furious chorus, it's a refreshing reminder that there's yet more classics to be mined from Barat's brain yet.


So far so good, and without stretching the limitations of rock n roll too much, Carl and co consistently deliver time and again on this record. March of the Idle, is a shout along anthem more than holding its own against any of his earlier efforts whilst second single A Storm is Coming has fan favourite written all over it.

Of course, many people will pick up this record seeking to gleam an insight into the type of soundscapes present in Carls mind, that could (and probably will) make there way into the new Libertines record. That's fair, and whilst the romanticism of Doherty's lyrics is a notable absence, fans will leave not only encouraged, but excited.

That's because Let it Reign successfully sheds the spectre of The Libertines reunion and stands up as a great record on its own. Carl Barat and The Jackals have arrived, and long may they reign.
Alex