Whatever Happened to...Late of the Pier 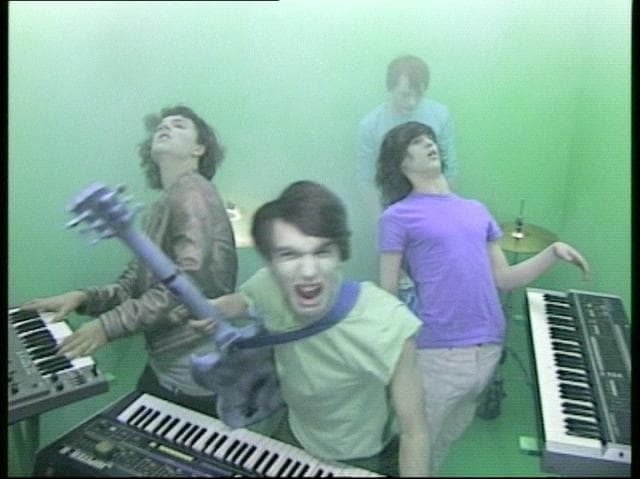 New Rave, right? What a horrendous name, but what a glorious sub genre of music. Indie-fuzz laden guitars thrashing about channeling electro vibes, scrawny youth stricken singers squawking gibberish and a mesmerisingly danceable beat to tie everything up. Although it looks like this scene is likely to be remembered for glow sticks and ecstasy rather than any actual music, its worth pointing out that the bands making these indie disco vibes were anything but forgettable.

Klaxons were the poster boys, picking up a Mercury Music Prize for the phenomenal Myths of the Near Future, but their contemporaries were also creating some almighty sounds. Hadouken!, Shitdisco, New Young Pony Club and CSS were all staples in most teenagers MP3 players during the scenes peak, and rightly so. These bands are still well worth checking out today.

Late of the Pier (LOTP) were arguably the crowning glory of the "New Rave" uprising. Their debut album Fantasy Black Channel (FBC) soundtracked everything going right with the music industry at the time. It was released in 2008, by now the new rave scene was dying down and the watered down Klaxons copycats were out in full force. But LOTP were doing something new, it was weird and wonderful.

Listening back to FBC now, the album is still an exciting and refreshing listen. They were ahead of their time then, and seven years on...not a lot has changed. And perhaps thats the problem? Despite receiving critical acclaim, FBC only reached 28th position in the UK album charts, a disappointing showing and a sign that maybe they were a little too weird for mainstream audiences.


So where are the band now? Well their website has been taken down, they're not on Twitter. Back in 2010 they released two singles in the form of Blueberry and Best in the Class as well as a remix EP of the two tracks shortly afterwards....but thats it.

There is hope of a return however. Back in February 2013 a message was posted on the bands Facebook page (however it has since been removed?) saying exactly what fans of the band have been wanting to hear. It read...

“friends…
it’s been a long time.

very soon you will hear news of what we’ve been up to and where all our hands have been hiding. promise.

some of you may be aware we look after bands…
one of those bands release their very first single on wonderful splurged vinyl today.

It’s a very special day for a teenage band releasing your first bit of wax so please take a moment of your time to turn up your speakers to full volume, break your necks and fist your wallets into your computer screens.

But lets face it, we're coming up to the two year anniversary of that message, and the ray of hope shining on a possible return is beginning to fade. Drummer Ross Dawson has reportedly joined London band Zibra and vocalist Sam Eastgate has been busy producing and participating in various forms for other bands over the past few years.

But never say never, stranger things have happened and there is no doubt there is enough talent and creativity in the four individuals who make up Late of the Pier to produce further music. The only question is if there is a desire to do it!

If mainstream adoration is what the band desires, then a reunion is unlikely. BUT if they feel like shaking up the music industry and delighting the fan base, a core group of admirers, as well as making some new fans along the way then we can only hope the band come to their senses sooner rather than later.

Tragically Late of the Pier's drummer Ross Dawson has passed away following "a very sudden and tragic accident". We send his family and friends our deepest sympathies.

Thanks for the music Ross.