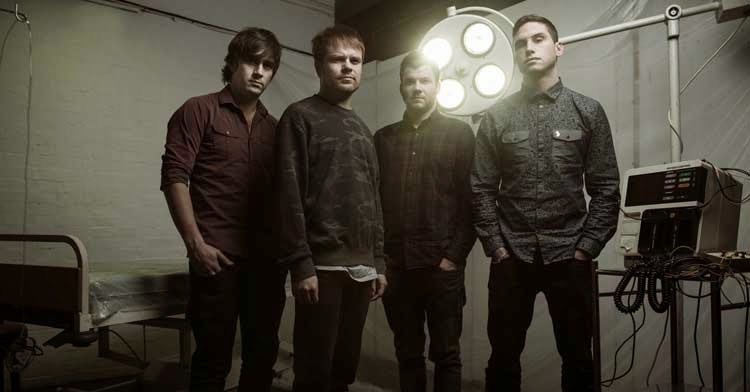 Enter Shikari are one of those acts that almost every alternative music fan has seen live. These guys love touring, like seriously love touring. Even before they'd released an album, the band were renowned for shooting up and down the country, playing shows to anyone who'd care to listen. It's a work ethic that's stuck with them to this very day.

This was the fourth time I've caught the band live (fifth if you include catching their final song at Stamford's "rock on the meds" event back in 2005).

It was also their official "album launch" show with their fourth studio album The Mindsweep officially released the following day. As such we were treated to the live debuts of several new tracks including the opener The Appeal & the Mindsweep I.

The night feels like a celebration, every song is greeted with rapturous cheers from the fans and the band seem genuinely grateful for the crowd turning out. There's even a birthday to acknowledge before penultimate song Slipshod (a highlight) with vocalist Rou being presented with a cake on stage.

As the night draws to a close and fan favourite Mothership is given an airing, you can't help shake the feeling that these songs are ready for bigger venues.

The Rose Theatre is a beautiful setting for a gig, but as tracks such as Constellations and The Last Garrison reverb around its walls the idea of an arena tour starts to make more and more sense. The Mindsweep currently sits at number three in the UK album charts, and as word gets out about the anthems present within its tracklisting (Dear Future Historians and One True Colour are massive) it may only be a matter of time before we see these songs given the staging they so deserve.