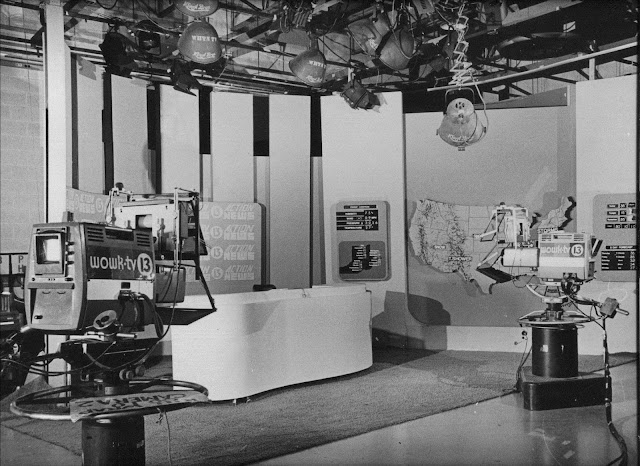 Having studied Broadcast Journalism at University for three years, I still have a bit of an obsession with the state of our news culture in the UK. The rise of 24 hour news, the phone hacking scandal and the subsequent Leveson enquiry have all dramatically changed the way the news is gathered, reported and consumed.

I'm currently putting a piece together on the pros and cons of 'Native Advertising' but first I wanted to share with you a film by Adam Curtis on the rise of something called "Oh Dearism".

The film maker has produced two short films on the topic, both shown as part of Charlie Brooker shows on the BBC. On the website Thought Maybe, Curtis put together a short introduction for the first film shown back in 2010...

"As the mainstream media attempts to create a simple narrative from hugely complex events, much is obviously lost in the translation — most often purposefully. This short film attempts to contrast the nature of this narrative in the 1990s, where events were almost universally portrayed as ‘the little guy versus the big guy’ to the post Rwanda narrative of ‘scattered terrible things happening everywhere, Oh Dear’. It is not that we can’t actually do anything about these events, it is only that mainstream media presents these events within a framework that makes it seem that way and that in itself is a very powerful way to control society."

An interesting film, but it left me thinking "why would the news networks want to present these events like this?". Obviously a simpler narrative serves the present format of soundbite news well, but Curtis believes their is something more to it than it.

His second film expands on this theory and looks into the advantages that "Oh Dearism" brings for the political classes. It also looks into the idea of "Nonlinear Warfare", a technique that is as genius as it is terrifying...

"Nonlinear warfare is to create a war where you never know what the enemy are up to, or even who they are. The underlying aim is not to win the war, but to use the conflict to create a constant state of destabilisation in order to manage and control".

It's a very confusing topic...and a very interesting one at the same time. It draws parallels with an idea put forward in George Orwell's novel 1984. In it, there is mention of the Ministry of Truth, one of four ministries that govern the land. Its purpose was to falsify historical records in order to serve the governments current agenda. After all, if no one knows what really happened, how can we know whats really happening?

I digress, you can take a look at Curtis' second film below.

If you'd like to read more about nonlinear warfare, Foreign Policy put together an excellent article on the topic which you can read here.
Alex