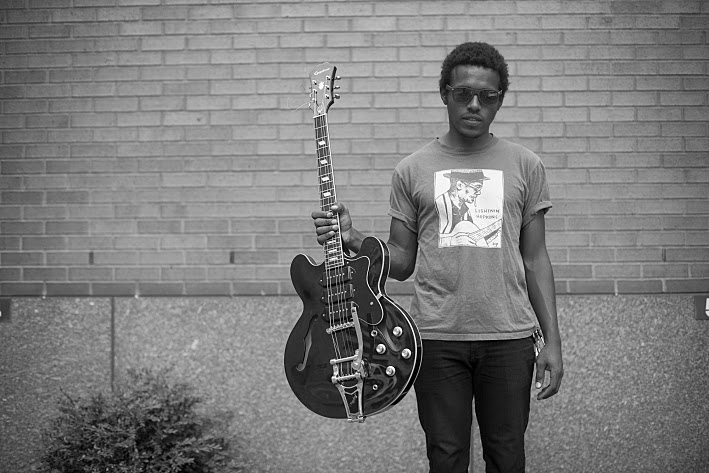 "There's a lot of shitty blues. I don't know, I don't really write blues songs. I guess I listen to a lot of blues, and sometimes I take blues melodies or parts from blues. But I listen to like punk and then I took stuff from soul and blues and stuff. But I wouldn't say that we play blues music really. I just have no interest in that stuff. [In faux music hippy voice] 'People are, like, trying to put labels on shit, man."

Benjamin Booker there, in an interview with Noisey, trying to explain his sound in a way that does it justice. He's right of course, although his self-titled debut contains blues themes, it's so much more than your standard blues record. Take his track Violent Shiver for example, it sounds like a cross between Chuck Berry and The Sex Pistols, blending traditional rock n roll scales with a distinctive punk rhythm.

In case this is the first time you've come across the work of Benjamin before, he's a 25 year old singer-songwriter from New Orleans who makes the sort of music you should be listening to. His debut album is 11 months old now and is well worth a listen. He's touring the UK in February and is top of my list of acts to see in 2015.

With vocals as rough as sawdust, hard hitting lyrics and musicianship that sounds both refreshing as well as familiar, this guy really has a fully loaded arsenal of tools at his disposal. But that's quite enough gushing. In case you haven't caught on yet, I enjoy Mr. Bookers music immensely. So I'll stop writing and fill the rest of this post with the reasons why.

First off his performance of Happy Homes on 'Later...with Jools Holland'. Jools even hops on the organ for this one.

Next up a performance of Wicked Waters for Seattle radio station KEXP...

And finally a show stopping play through of Have You Seen My Son on Conan.