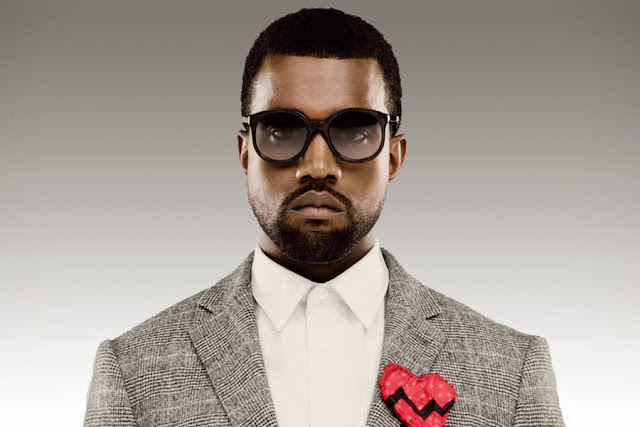 I'm a fan of Kanye West. He's a musician like no other. We need more people to be like Kanye West. We need the anger, the swagger and the outspoken ideas which he lectures us all with whenever he's sat in front of a camera or microphone. To put it shortly, he's a character.

Despite creating some of the best rap albums ever heard, 'Yeezy' is in danger of being better known for his antics out of the studio rather than in it. Even with singles such as Power under his belt, his outrageous outbursts sometimes steal the headlines.


After going through a few of his past statements, I realised they're well worth reading again! Here is a definitive list of the greatest quotes ever uttered by the man himself. Throw your diamonds in the sky everyone and get ready for some top quality entertainment...

4. When someone comes up and says something like, 'I am a god,' everybody says 'Who does he think he is?' I just told you who I thought I was. A god. I just told you."

6. "When I think of competition it's like I try to create against the past. I think about Michelangelo and Picasso, you know, the pyramids."

7. "I hate when I'm on a flight and I wake up with a water bottle next to me like oh great now I gotta be responsible for this water bottle."

9. "Fur pillows are hard to actually sleep on."

10. “No flip flops for black dudes. I don’t care where you at. Wear some hot ass Jordans on the beach.”

11. [From Bound 2] "She asked me what I wished for on my wishlist… have you ever asked your bitch for other bitches?"

12. "I know how to make perfect, but that’s not what I’m here to do. I’m here to crack the pavement and make new grounds — sonically and society, culturally.”

13. "Look at Gaga, she’s the creative director of Polaroid. I like some of the Gaga songs; what the fuck does she know about cameras?”

16. “I’ve reached a point in my life where my Truman Show boat has hit the painting. And I’ve got to a point that Michael Jackson did not break down. I have reached the glass ceiling. As a creative person, as a celebrity. When I say that, it means, I want to do product, I am a product person. Not just clothing, but water bottle design, architecture, everything.”

17. "We got this new thing called classism. It’s racism’s cousin. This is what we do to hold people back. This is what we do. And we got this other thing that’s also been working for a long time when you don’t have to be racist anymore. It’s called self-hate. It works on itself. It’s like real estate of racism."

19. "Have y’all ever seen Wreck-It Ralph? You remember how that girl in there … she was the glitch? You tellin’ me they don’t look at me like I’m the motherfucking glitch?"

20. [Interrupting Taylor Swift] “Yo Taylor I'm really happy for you imma let you finish, but Beyoncé had one of the best videos of all time.”

25. "At the end of the day, I'm going down as a legend, whether you like me or not. I am the new Jim Morrison. I am the new Kurt Cobain."

26. "Earlier today I said a lot of things but those cocky-sounding statements just look better in black and white. That's why they always use them. And I always give it to them. That's why my interviews are so valued. That's why I should get paid."

28. "Anyone who doesn't give [The College Dropout] a perfect score is lowering the integrity of the magazine."

29. "Fuck the thirties! I hate my thirties. It's going to take me a while to get used to it. I envy people who like getting older, because I don't."

30. "My parents taught me that AIDS was a man-made disease designed to get rid of the undesirable people."

31. [In regard to a life-size poster of himself] "I put me on the wall because I was the only person that had me on the wall at that time. And now that a lot of people have me on their wall, I don't really need to do that anymore."

33. "Don't ask me what I think the best song of last year was, because my opinion is the same as most of America's. It was 'Gold Digger."

34. "It’s like this, by not giving my album a classic rating, you diminish your magazine’s credibility. And that’s real."

35. “I’ve put myself in a lot of places where a vain person wouldn’t put themselves in. Like what’s vanity about wearing a kilt?”

37. "Sometimes I get emotional over fonts"

39. "I’m like a vessel, and God has chosen me to be the voice and the connector."

40. "One of the problems with being a bubbling source of creativity — it's like I'm bubbling in a laboratory, and if you don't put a cap on it, at one point it will, like, break the glass. If I can hone that… then I have, like, nuclear power, like a superhero, like Cyclops when he puts his glasses on."

41. “I will go down as the voice of this generation, of this decade, I will be the loudest voice.”

42. “There's nothing I really wanted to do in life that I wasn't able to get good at. That's my skill. I'm not really specifically talented at anything except for the ability to learn. That's what I do. That's what I'm here for."

46. “Don’t ask me a question about something you saw in the tabloids. Don’t try to antagonize me. Because you know what? It’s not safe for you in the zoo.”

48. “Is your daughter stalked by like drones? Are there drones flying where she’s trying to learn how to swim at age 1? Wouldn’t you like to just teach your daughter how to swim without a drone flying? What happens if a drone falls right next to her? Would it electrocute her? Could it fall and hit her if that paparazzi doesn’t understand how to remote control the drone over their house?”

49. [From New Slaves] "There's leaders and there's followers, but I'd rather be a dick than a swallower."

50. "Have you ever had sex with a Pharoah? I put the pussy in a Sarcophagus."