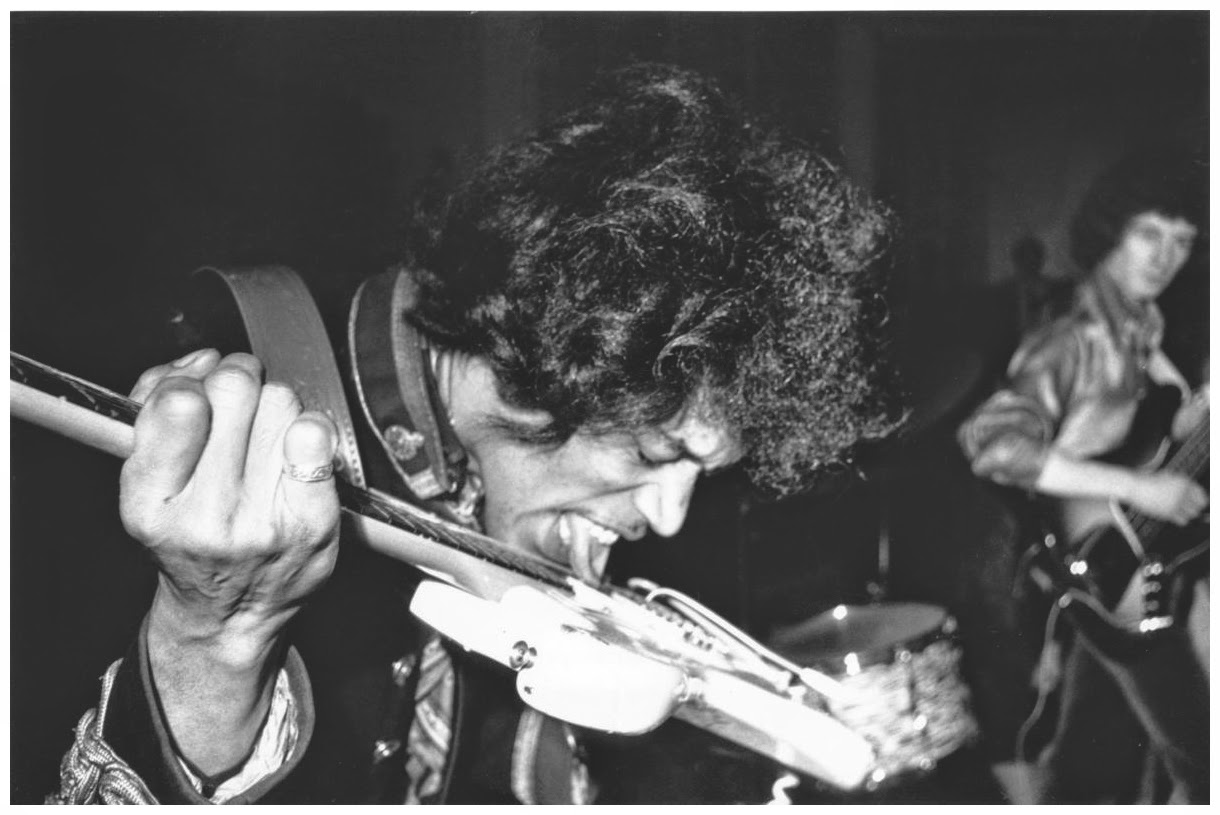 I love a good guitar solo. It's sort of gone out of fashion over the past decade or so, diminished as a relic from a by gone era. They're looked down on by people with fashionable beards hiding behind their KORG synthesisers playing minimalist house to a crowd of four.

The guitar solo is egotistical in its very nature, its more of a showboating exercise than an essential component of any song structure. It's a bit of razzmatazz, a bit of flare, and in a musical climate dominated by bland dance music and acoustic renditions of 80's pop hits, we need more of them!

Need inspiration? Allow me to highlight a few performances I've been watching lately which have reminded why the world needs guitar solos.

A man who created music lightyears ahead of his time. Jimi Hendrix influenced pretty much every musical artist performing on the circuit today, whether they realise it or not. In the clip below Jimi performs the first ever guitar solo performed using teeth as well as one performed behind his back, just for good measure.

Top hat connoisseur and all round cool guy Slash was one of the poster boys for the 80's glam rock movement. In this video he displays why all his plaudits are well deserved, playing some pretty impressive lead guitar in front of a packed out Wembley Stadium. Guitar solos a plenty!

A man who plays the guitar like no one else. Using technology to mutate his guitar tone before throwing all convention out the window, Tom Morello is a guitar player that can create sounds nobody else can. Know Your Enemy showcases his smorgasbord of talents in one track, including a pretty damned impressive solo...

Lead guitar player and vocalist of Muse, Matt Bellamy is another artist who has created his own unique style of playing. Taking influence from artists such as Jimi Hendrix and Jeff Buckley his technique is both familiar yet ground breaking. He takes traditional sounds and takes them in heavier, more spectacular directions. Knights of Cydonia is a prime example of this, taking influence from the The Tornadoes and their song Telstar, before catapulting it into the stratosphere.

The metal guitarist is a career much maligned in mainstream music culture, but there is no denying the talent necessary to cut it as one. Synyster Gates from Avenged Sevenfold is a prime example of a metal guitarist on top of his game. The duelling guitars section in this track is a showstopper and one the crowd in attendance absolutely adore.