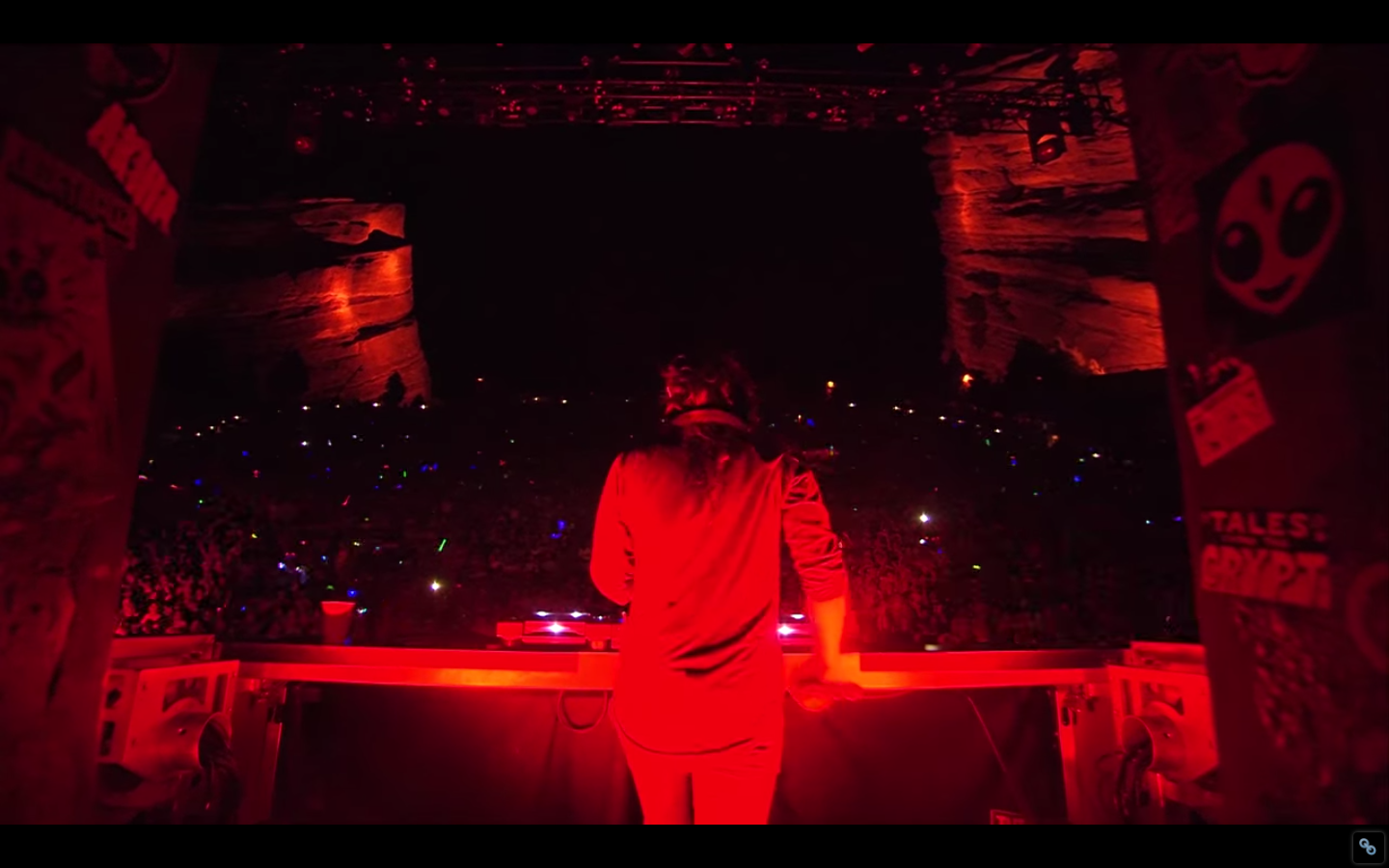 One of the biggest artists in EDM descended upon Colorado's Red Rocks Amphitheatre earlier this year to unleash a cavalcade of post apocalyptic dance music. Skrillex is an artist that divides opinion, however his new album 'Recess' has been received well by both critics and audiences alike, the diversity in the sounds and styles included delivering something for everyone.

His live performances have always been a spectacle. The lasers, the lights and the visuals add to the event and work with his ever growing list of amazing dance tracks.

In an interview with Complex Magazine the DJ talked about his set at this years Ultra Music Festival with Diplo under the pseudonym Jack U and what sort of preparation he puts into that set list and into most of his live performances...

"We were just like, 'This is what I’m feeling, this is what you’re feeling, and we’re just gonna go up there.' We rehearsed a little bit in this little office with some speakers, we fucked around, but the whole idea, the only thing I do is say, let’s just be fun and be crazy. Let’s play loud, crazy records. This is no offence to anybody, there are some amazing producers—but I feel like, especially with the main stages, so many people are making the same sound and it’s very predictable and safe."

Whatever his preparation, the end result is spectacular. Red Rocks is an amphitheatre every artist dreams of playing and Skrillex grabbed his opportunity to do so with both hands. You can watch the full set below...