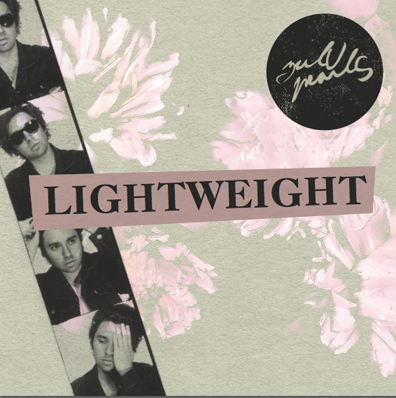 Introducing Zulu Pearls. A rock band originally from Washington D.C now residing in Berlin who have a sound you can expect to hear a lot more of. 'Lightweight' is their latest offering, an indie pop tune which has an addictive lead guitar riff laced over a retro rock rhythm. The video follows the antics of a group of Swedish hot rod fanatics, who by the looks of things know how to throw a party!

Having listened to the track a few times I can't shake the feeling that 'Lightweight' could be the 'Pumped Up Kicks' of 2014? Either way it's a great listen and has me excited for their new recordings!

I posed a few questions to primary songwriter Zach Van Hoozer of the band to find out his thoughts on making music, Kanye West and Heaven...

What is your favourite album and why?

The Clash on Broadway Boxset made a huge early impression on me. To see a band that grew and transformed itself to cover so much ground musically/visually yet was still a rock band at it's core was really inspiring.

What is your least favourite album and why?

I try to pretend that really terrible music doesn't exist. You can't pick out a record that is your least favorite without really having paid attention. Whatever they are playing inside of your local shopping mall dept. store right now.

What made you start making music together?

I've been making music since I was 12. The mystery of how it works / the process of making good music will hopefully always keep me interested. The guys in the band now, I met through fate and good fortune.

Right now, what are you most looking forward to?

Fuck. Has to be the most versatile word in the English language.

Do you have a favourite inspirational Quote?

No but it's probably in a generic self help book of oblique strategies.

Do you have a favourite Kanye West Quote?

Absolutely not. When he said the president doesn't care about black people on TV while Katrina was going on, that was probably one of the most useful.

If you weren't in a band, what profession would you like to attempt and why?

Maybe I'd like to work behind the scenes for a talk show. I like meeting new people and accommodating them briefly.

What profession would you not like to attempt and why?

If Heaven exists, what would you like to hear God say when you arrive at the pearly gates?

Yeah, I think you got the major concepts...would you care to go get some Chinese food? I know a spot.
-

Lightweight is Due for release on Label Fandango/fierce panda records on 6th October.
Alex